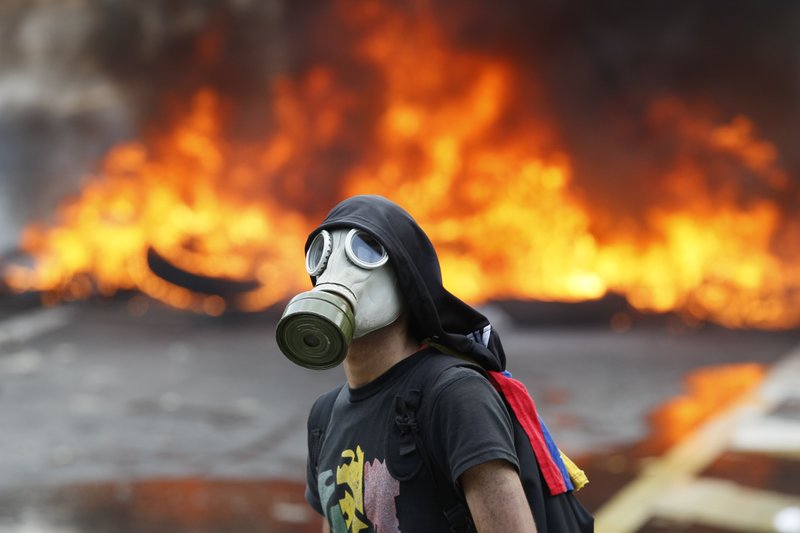 An anti-government protester stands in front of burning barricade on a highway in Caracas, Venezuela, Monday, April 24, 2017. Thousands of protesters shut down the capital city's main highway to express their disapproval with the administration of President Nicolas Maduro. Protesters in least a dozen other cities also staged sit-ins as the protest movement is entering its fourth week. 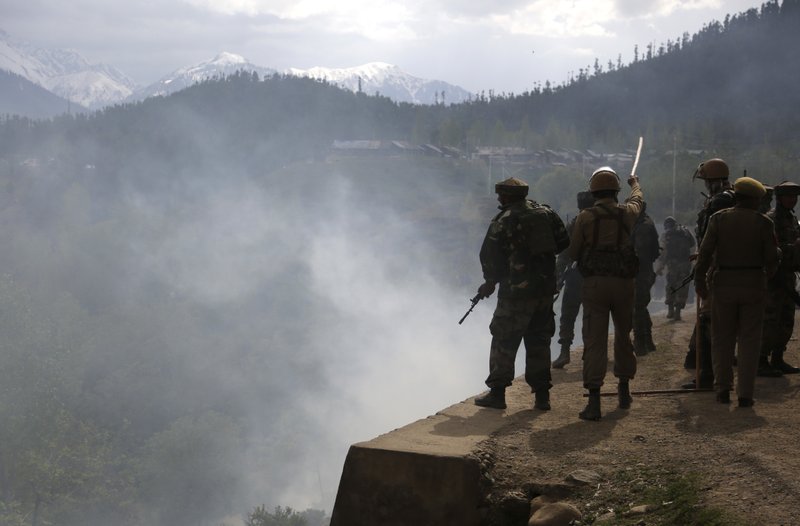 Indian army soldiers and police clash with Kashmiri villagers who were demanding the bodies of militants killed in a gun battle after a group of militants stormed a military camp in Panzgam, 127 Kilometers (79 miles) northwest of Srinagar, Indian controlled Kashmir, on Thursday, April 27, 2017. A 70-year-old civilian was killed and seven people were injured during an anti-India protest that erupted Thursday following a gun-battle that killed three Indian soldiers and two suspected rebels in disputed Kashmir, police said. 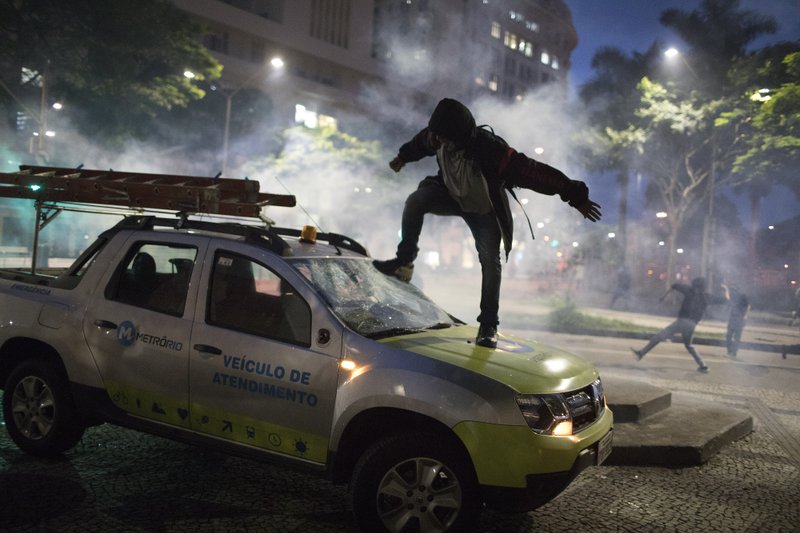 A demonstrator breaks the windshield of a truck that belongs to a subway maintenance crew after clashes with police broke out during a general strike in Rio de Janeiro, Brazil, Friday, April 28, 2017. Public transport largely came to a halt across much of Brazil on Friday and protesters blocked roads and scuffled with police as part of a general strike to protest proposed changes to labor laws and the pension system. 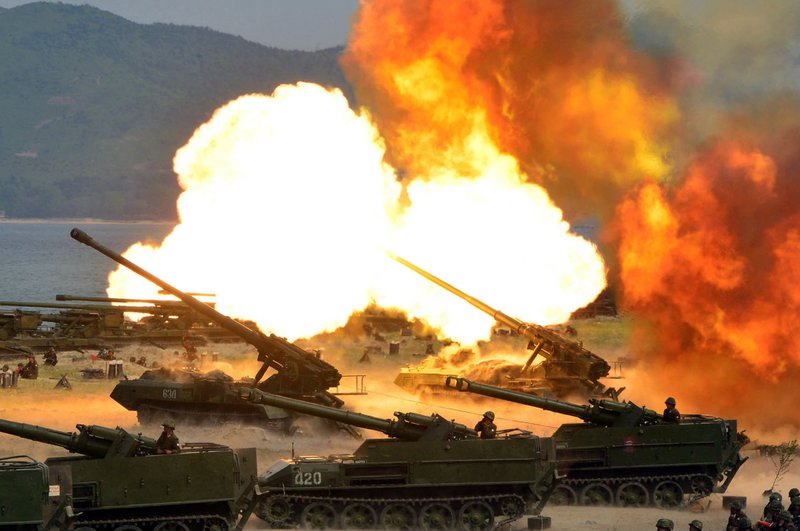 This photo released by the North Korean government on Wednesday, April 26, 2017 shows what was said to be a "Combined Fire Demonstration" held to celebrate the 85th anniversary of the North Korean army, in North Korea. Independent journalists were not given access to cover the event depicted in this image distributed by the Korean Central News Agency via Korea News Service. 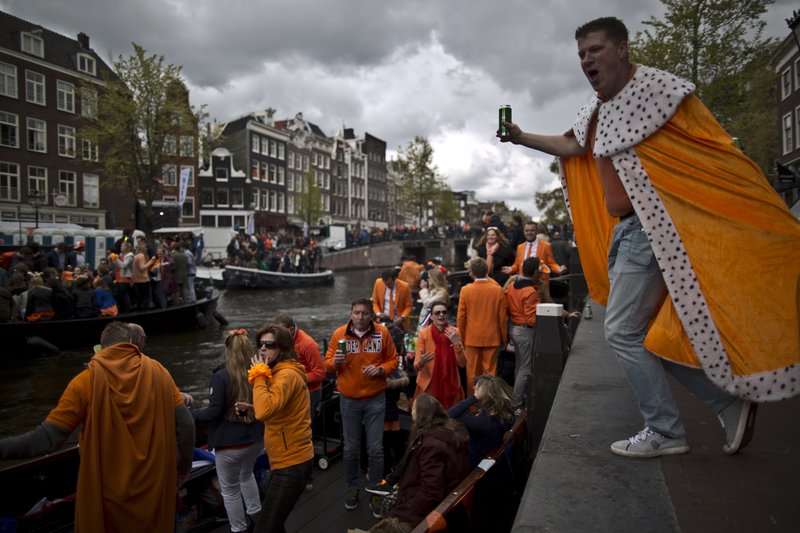 People dance on a boat during King's Day celebrations in Amsterdam, Netherlands, Thursday, April 27, 2017. The Netherlands is marking the 50th birthday of King Willem-Alexander with orange-clad citizens holding parties and street sales throughout the country. 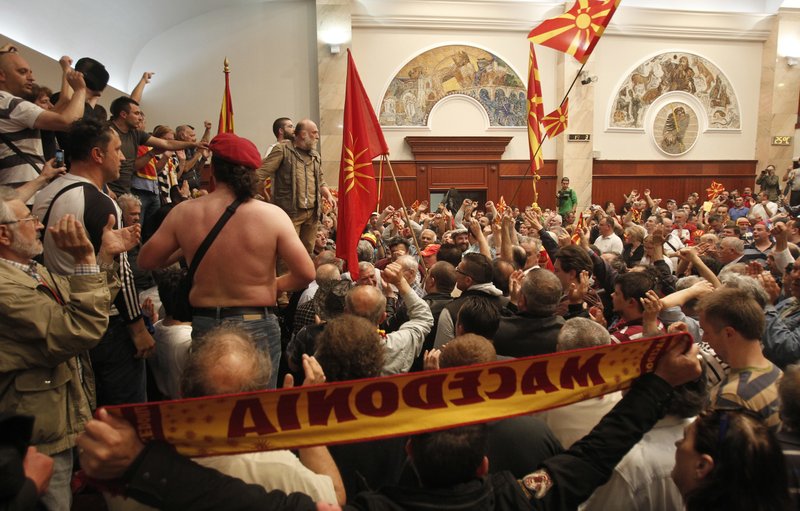 Protestors enter the parliament building in Skopje, Macedonia, Thursday, April 27, 2017. Scores broke through a police cordon to protest the election of a new speaker despite a months-long deadlock in talks to form a new government. Political tensions have been building in Macedonia for the past two years, and the country has been under a caretaker government since inconclusive early December elections. 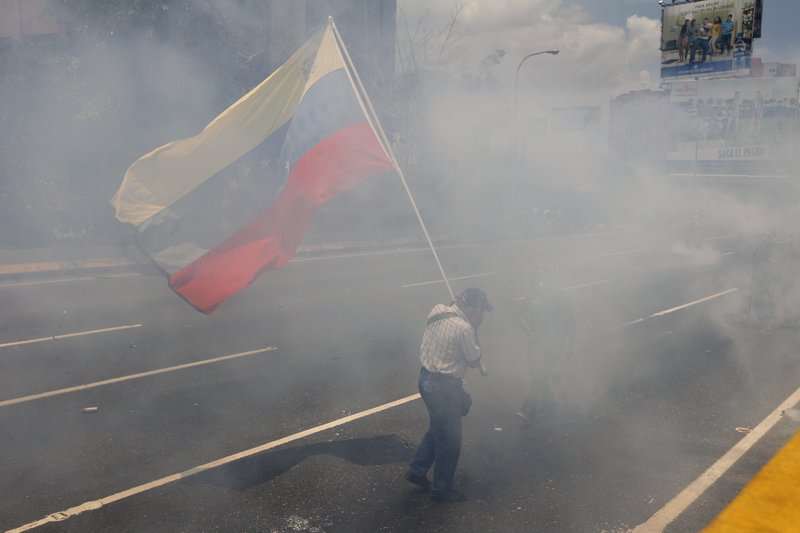 A man carries a Venezuelan flag amid tear gas launched by security forces blocking opponents of President Nicolas Maduro from marching to the Ombudsman's office in downtown Caracas, Venezuela, Wednesday, April 26, 2017. Hundreds of thousands of Venezuelans have flooded the streets over the last month to demand an end to Maduro's presidency. 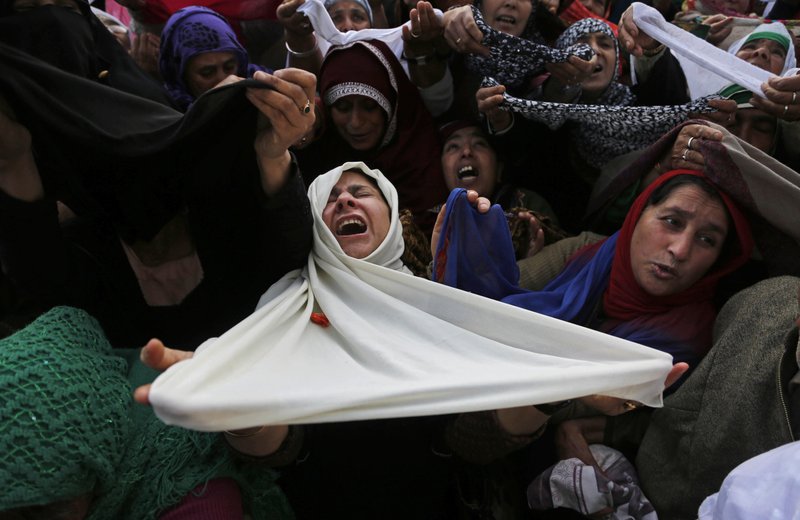 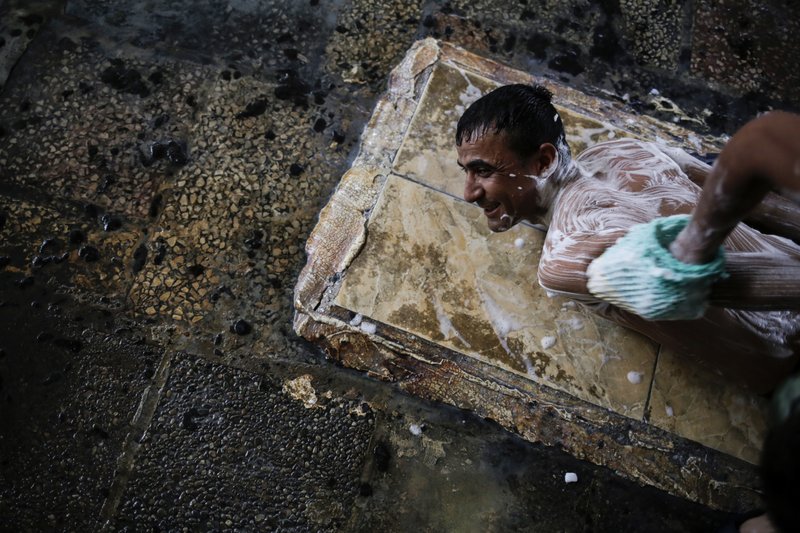 A customer of the Hamal Alil sulphur spa gets a scrub and massage south of Mosul, Iraq, on Thursday, April 27, 2017. Many Iraqi soldiers visit the spa in between fighting against the Islamic State group for relaxation. 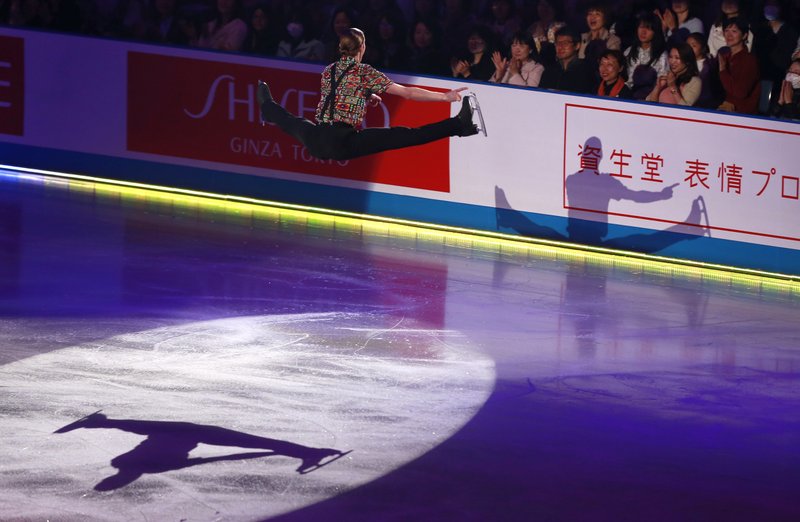 Spotlights project shadows of Jason Brown of the United States as he performs during the gale exhibition of the World Team Trophy Figure Skating in Tokyo, Sunday, April, 23, 2017. 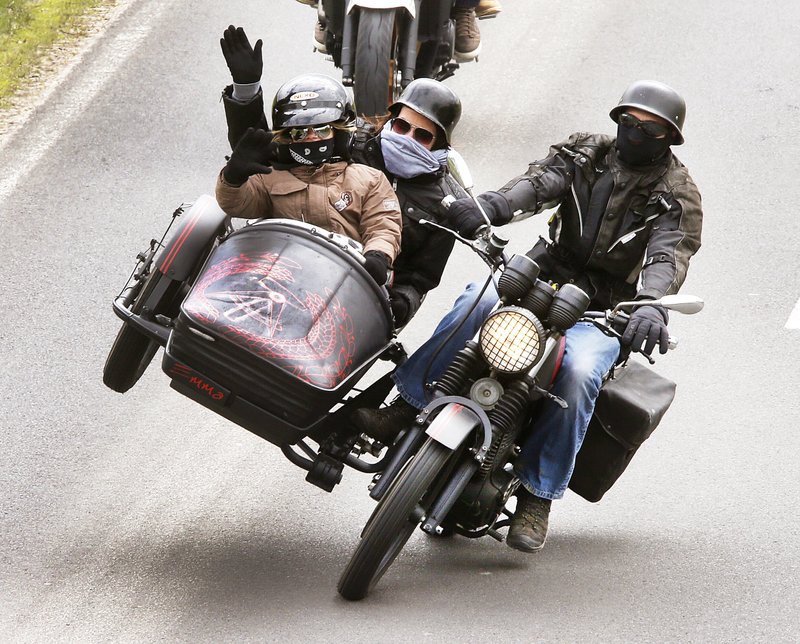 A biker with family members in the side car takes part in a convoy of about thousands of others in Diebach am Haag, Germany, on Sunday, April 23, 2017. The convoy followed a Mass marking the opening of the biker season.
Tags: Photo, Photos, World
Newer Post Older Post Home