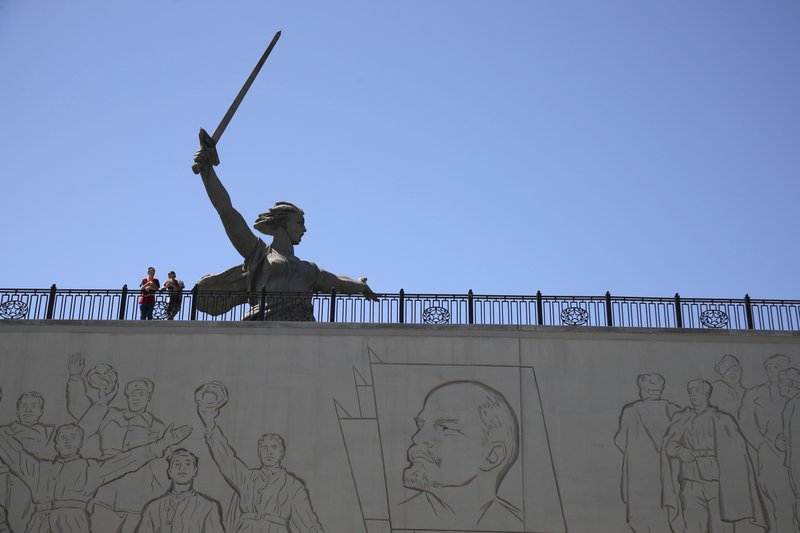 In this June 17, 2018 photo tourists visit the Motherland Calls monument as the portrait of Soviet founder Vladimir Lenin is seen on the wall in front during the 2018 soccer World Cup in Volgograd, Russia. The monument commemorates the victims of the Battle of Stalingrad, in which the Red Army turned back Nazi Germany’s army in Volgograd.