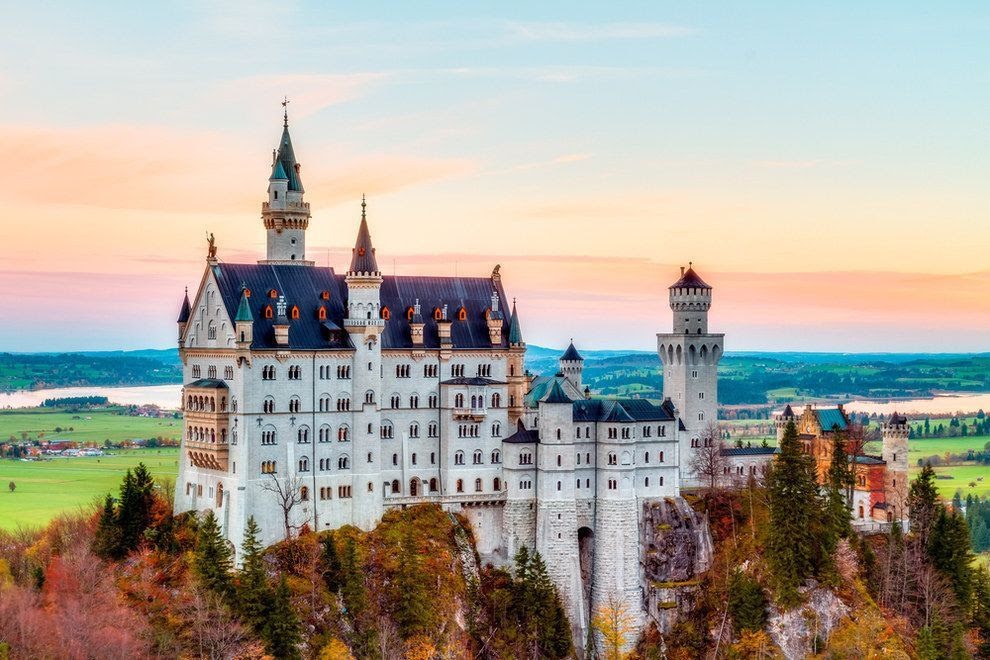 Neuschwanstein Castle, Germany. As a way to seek refuge and withdraw from public life, Ludwig II of Bavaria built this extravagant castle in 1868. Seven weeks after his death in 1886, the structure was opened to the paying public and has since become one of the most visited castles in Europe. Neuschwanstein is also the inspiration for the Sleeping Beauty castle in Disneyland, so it’s clearly magical!

AP PHOTOS: Kimono-clad foreigners get a taste of old Tokyo

In this Aug. 1, 2015 photo, Nyrul Ain binti Ahmad Danial of Kuala Lumpur, Malaysia, right, tries authentic green tea for the first time with other participants during a Japanese tea ceremony at the Kyu Yasuda Garden in Tokyo. With some help from Japanese volunteers, more than 80 foreigners from around the world, including the United States, Russia and Malaysia, donned casual summer kimonos called “yukata” for a stroll around old Tokyo earlier this month. Originally part of a samurai residence in the 1600's, the garden, which is now free of admission, was donated by the Yasuda family, to the city of Tokyo in 1922.