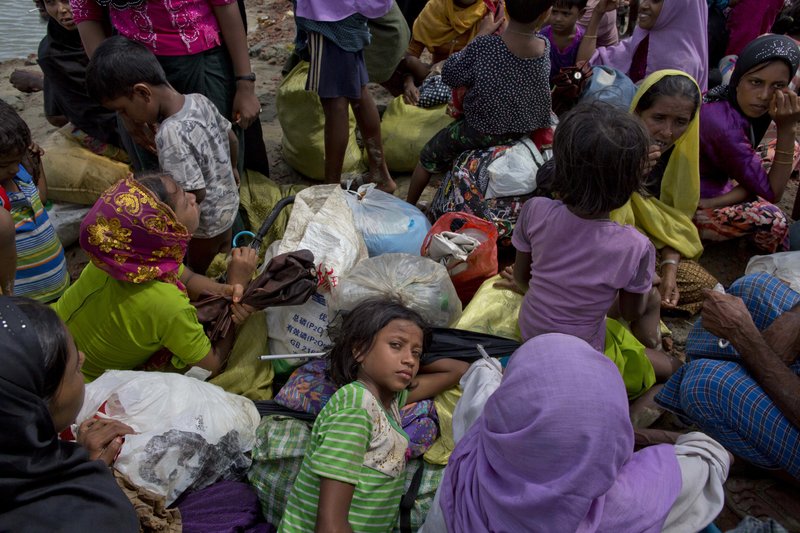 In this Friday, Sept. 29, 2017, file photo, a Rohingya Muslim girl rests on a pile of bags, as she waits with others to walk towards a camp for refugees after crossing into Bangladesh from Myanmar, in Teknaf, Bangladesh. More than a month after Myanmar’s refugees began spilling across the border, the U.N. says more than half a million have arrived. The prejudice and hostility that Rohingya Muslims face in Myanmar stretch beyond the country’s notoriously brutal security forces to a general population receptive to an often-virulent form of Buddhist nationalism that has seen a resurgence since the end of military rule.