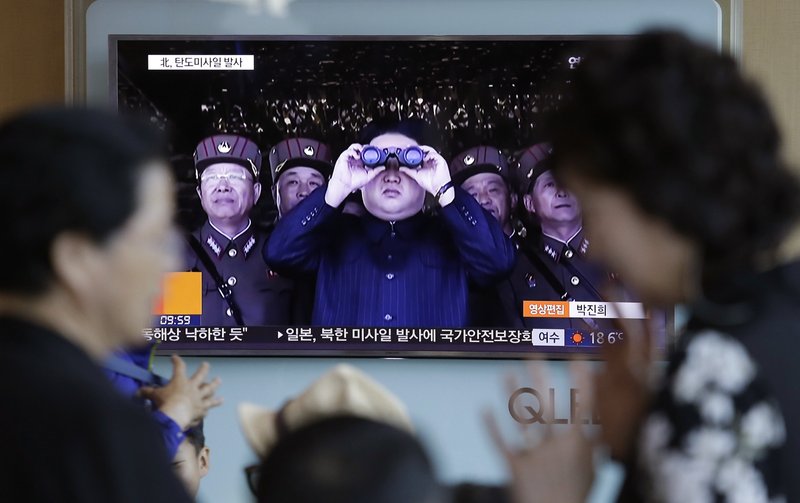 In this Sunday, May 14, 2017, photo, a TV news program shows a file image of North Korean leader Kim Jong Un at Seoul Railway Station in Seoul, South Korea. North Korea on Sunday test-launched a ballistic missile that landed in the Sea of Japan, the South Korean, Japanese and U.S. militaries said. The launch is a direct challenge to the new South Korean president elected four days ago and comes as U.S., Japanese and European navies gather for joint war games in the Pacific. 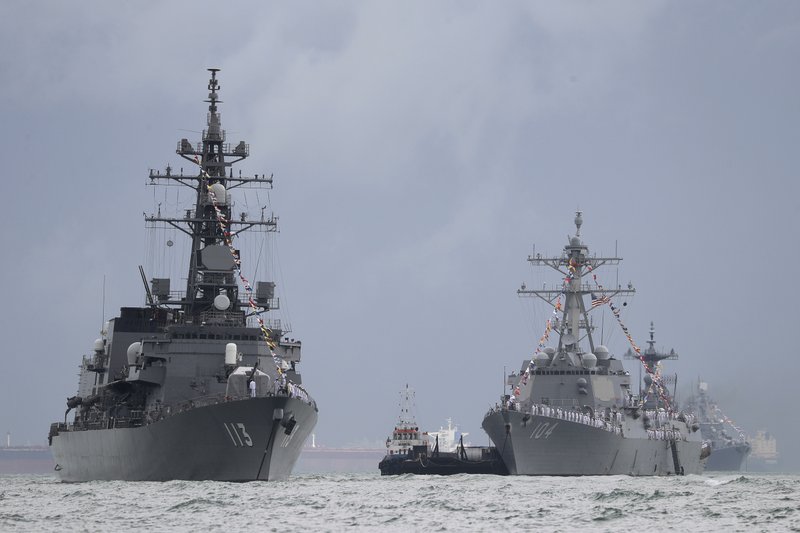 In this Monday, May 15, 2017, photo, Japan’s destroyer JS Sazanami, left, the United States’ Arleigh Burke-class guided missile destroyer USS Sterett, center, and South Korean destroyer ROKS Dae Jo Yeong, right rear, are anchored in the waters off RSS Singapura Changi Naval Base in Singapore. As part of the Republic of Singapore Navy’s 50th anniversary celebrations, 28 foreign warships from 20 countries gathered at the naval base and its surrounding waters to mark the occasion. 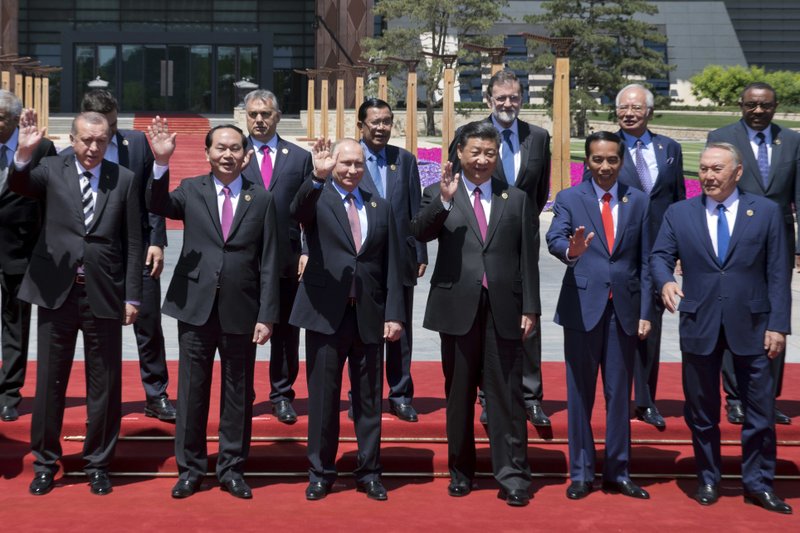 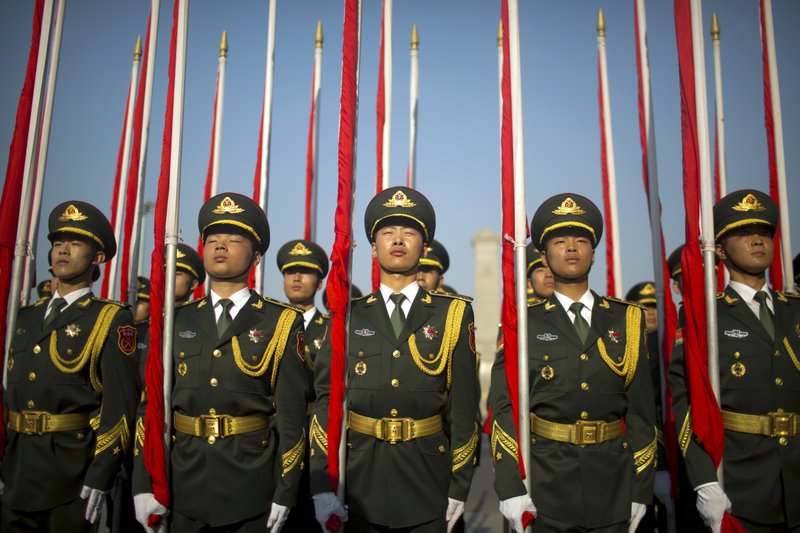 In this Wednesday, May 17, 2017, photo, members of the Chinese honor guard stand in formation before a welcome ceremony for Argentina’s President Mauricio Macri at the Great Hall of the People in Beijing. 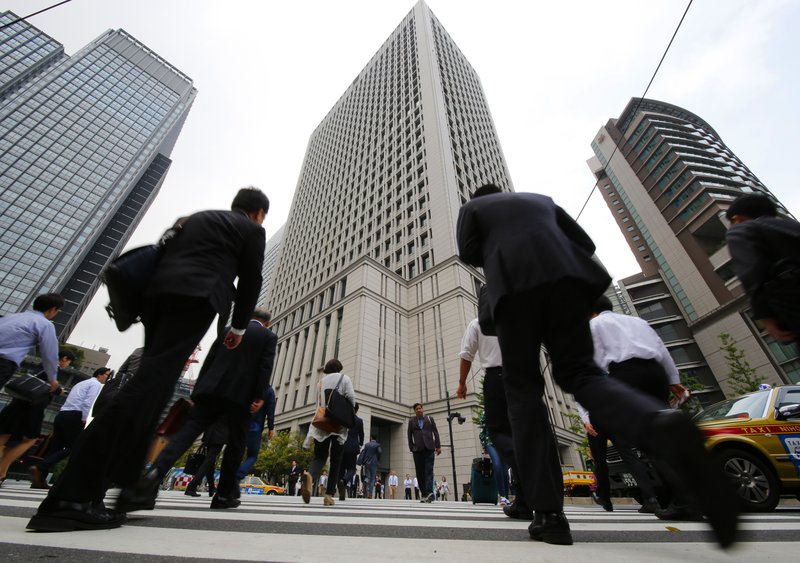 In this Monday, May 15, 2017, photo, people walk in front of the headquarters of Hitachi Ltd., center, in Tokyo. The global “ransomware” cyberattack hit computers at 600 locations in Japan, but appeared to cause no major problems as Japanese started their workday Monday even as the attack caused chaos elsewhere. Hitachi spokeswoman said emails were slow or not getting delivered, and files could not be opened. The company believes the problems are related to the ransomware attack, although no ransom appears to have been demanded so far. They were installing software to fix the problems. 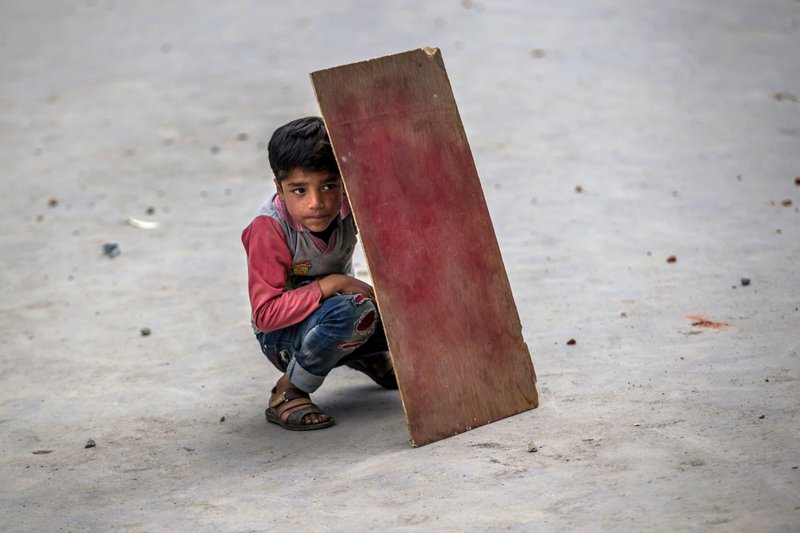 In this Friday. May 19, 2017, photo, a Kashmiri boy shields himself from stones and glass marbles with plywood during a clash between Indian policemen and protesters in Srinagar, Indian-controlled Kashmir. Government forces fired tear gas during clashes with Kashmiri protesters in the Indian-controlled portion of Kashmir after Friday prayers called by separatist leaders against the continuous detention of woman separatist leader Asiya Adrabi, chairman of Dukhtaran-e-Millat, or Daughters of the Nation. They also demanded the release of all political prisoners from Indian prisons. 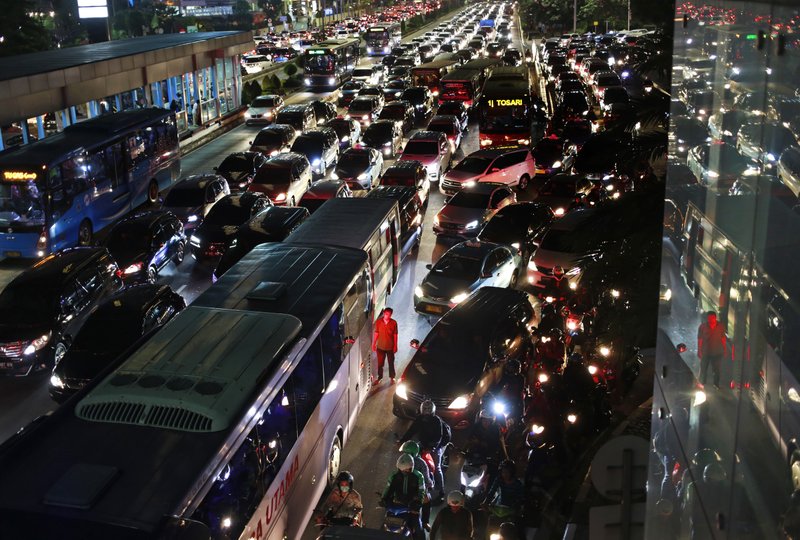 In this Friday, May 19, 2017, photo, a city bus crew member stands next to his bus as he is illuminated red by the tail lights of other vehicles in rush hour traffic in Jakarta, Indonesia. 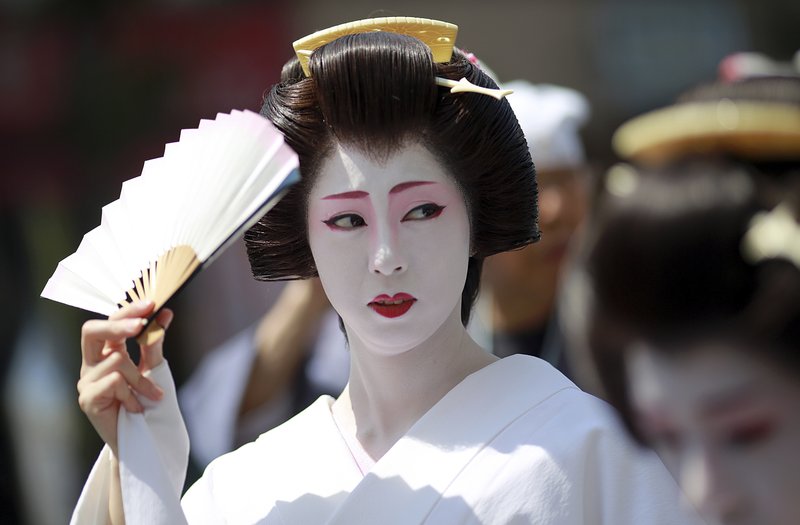 In this Friday, May 19, 2017, photo, a woman in traditional geisha dress uses a fan to block the sun as she joins others to parade down the street to Asakusa Shrine in the compound of Sensoji Temple prior to the annual Sanja Festival, one of the three major festivals in Tokyo. 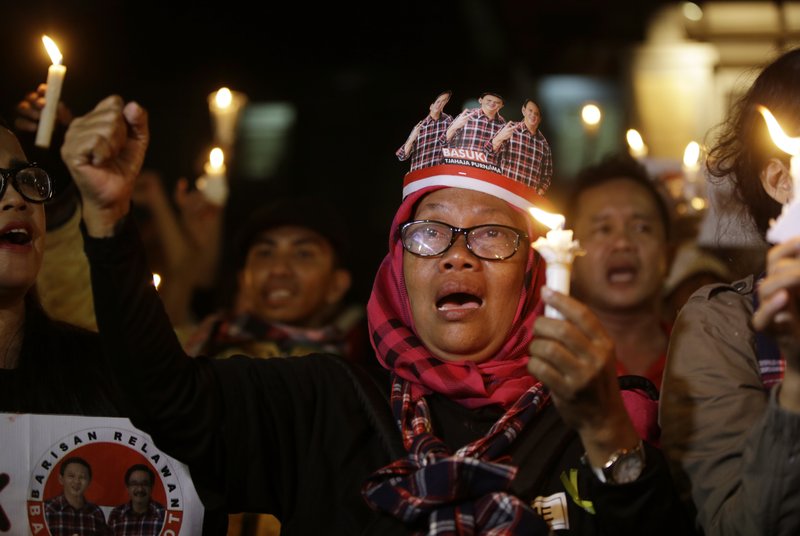 In this Tuesday, May 16, 2017, photo, supporters of Jakarta Gov. Basuki “Ahok” Tjahaja Purnama who was imprisoned for blaspheming Islam, hold candles during a protest outside the High Court in Jakarta, Indonesia. The imprisonment of Ahok, a Christian politician, has triggered an outpouring of anger and support around Indonesia. 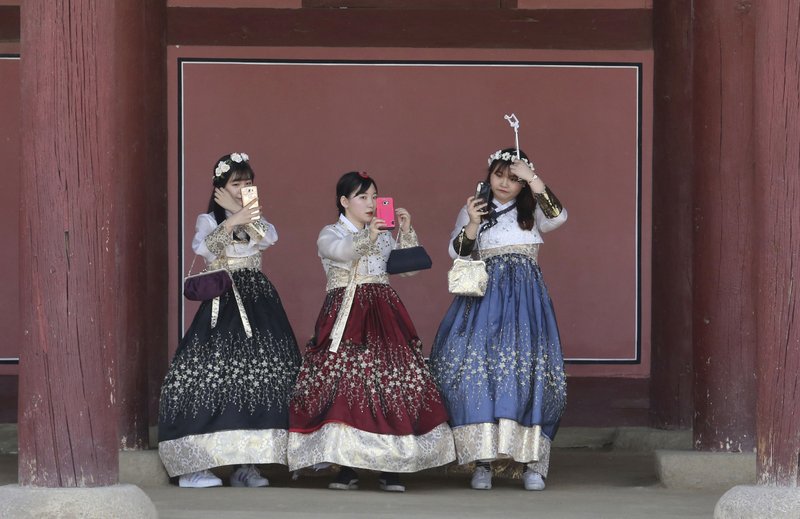 In this Thursday, May 18, 2017 photo, women dressed in South Korean traditional “Hanbok” attire adjust their hair to take pictures at the Gyeongbok Palace, the main royal palace during the Joseon Dynasty, in Seoul, South Korea. Wearing a “Hanbok,” mostly rented, has become a fashionable trend among the youth commonly seen at palaces and other traditional places. 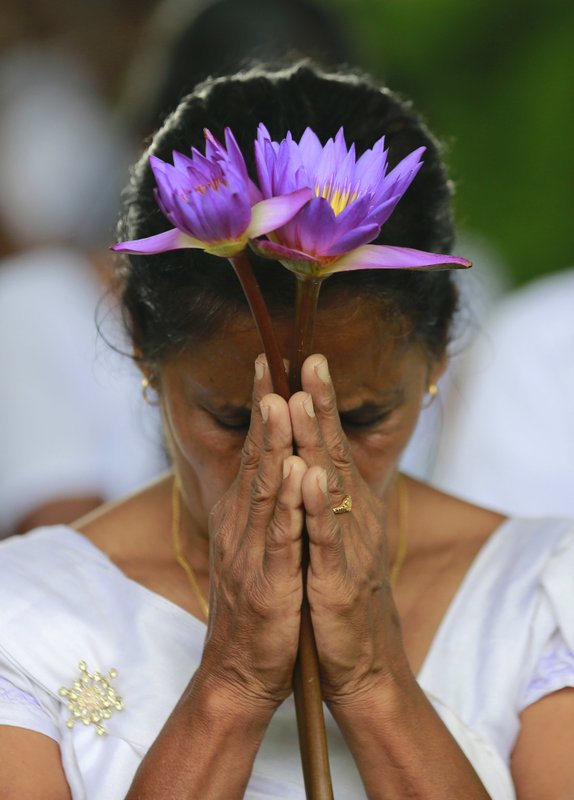 In this Friday, May 19, 2017 photo, a family member of fallen Sri Lankan government soldier pays homage at the national war heroes memorial in Colombo, Sri Lanka. Sri Lanka marked the eighth anniversary of the end of its bloody civil war on Friday with much of the legacy and divisions created by more than quarter-century of violence still intact. 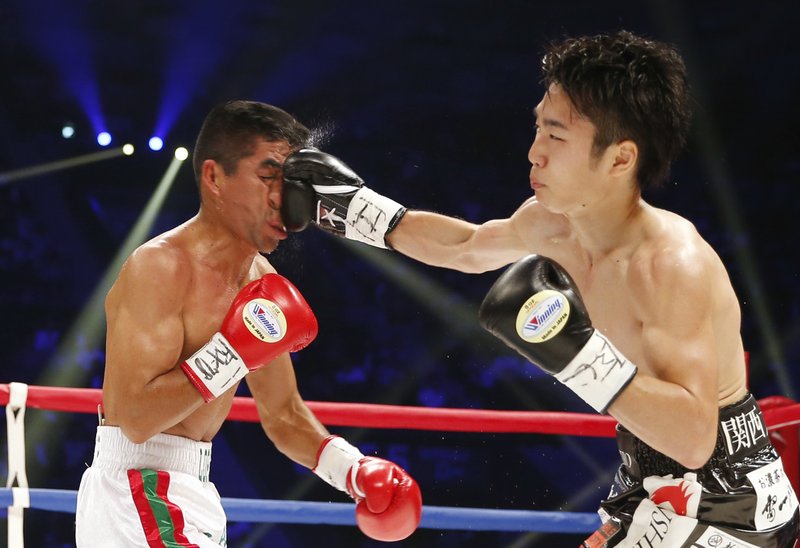 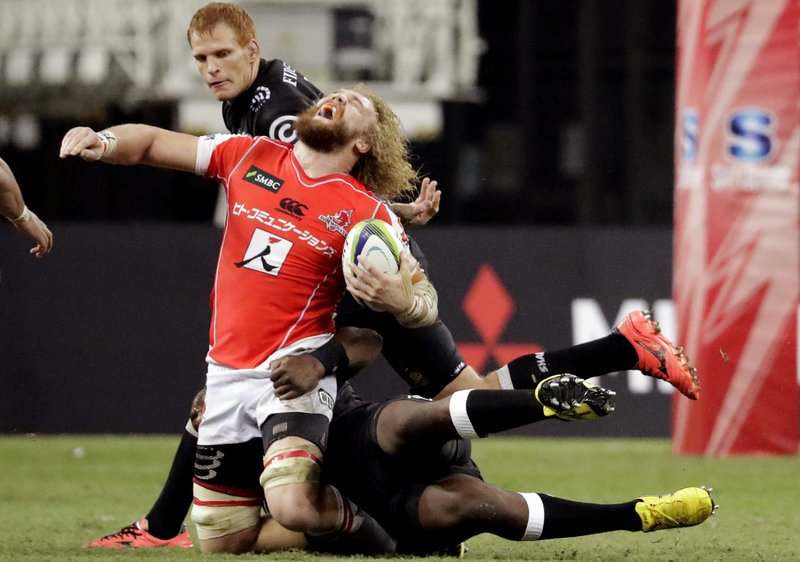 In this Saturday, May 20, 2017 photo, Willem Britz of Japan’s Sunwolves gets tackled by Tendai Mtawarira of South Africa’s Sharks during their Super Rugby match in Singapore. 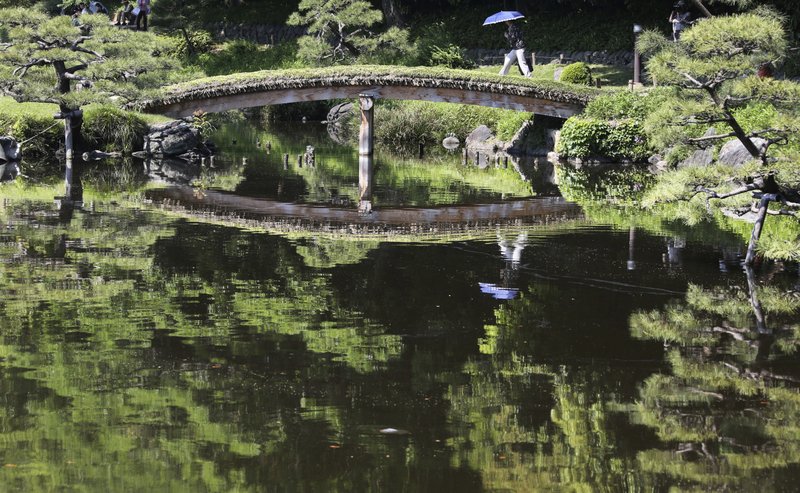 In this Friday, May 19, 2017, photo, a woman carrying an umbrella crosses a bridge on a pond at Kiyosumi Gardens in Tokyo. The temperature in Tokyo soared to 26.3 degrees Celsius (79 degrees Fahrenheit). 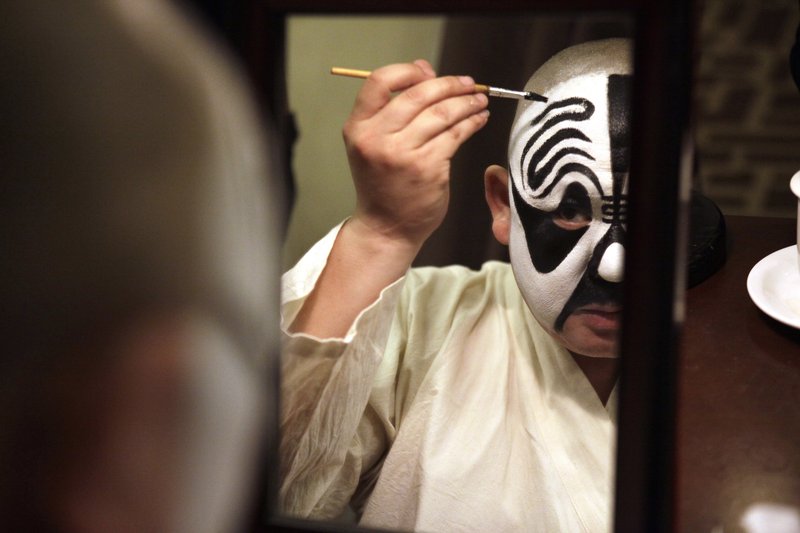 In this Saturday, May 13, 2017, photo, Zhao Hailong puts on makeup for his lead role in the Peking Opera classic “Farewell My Concubine” at a theater in Beijing. When Zhao was a teenager he played a small role in the award-winning film “Farewell My Concubine,” the story of the life-long friendship between two men who met as apprentices in China’s famed Peking opera. Today, he is the lead on stage in the Peking Opera classic of the same name.
Tags: Asia, Photo, Photos
Newer Post Older Post Home