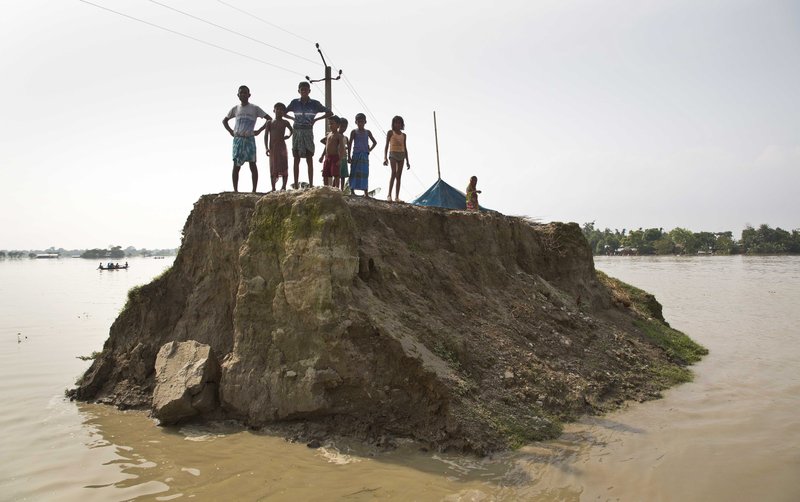 In this Aug. 15, 2017, file photo, flood-affected villagers wait for relief material on what’s left of a road washed away by floodwaters in Morigaon district, east of Gauhati, northeastern state of Assam. Deadly landslides and flooding are common across South Asia during the summer monsoon season that stretches from June to September. 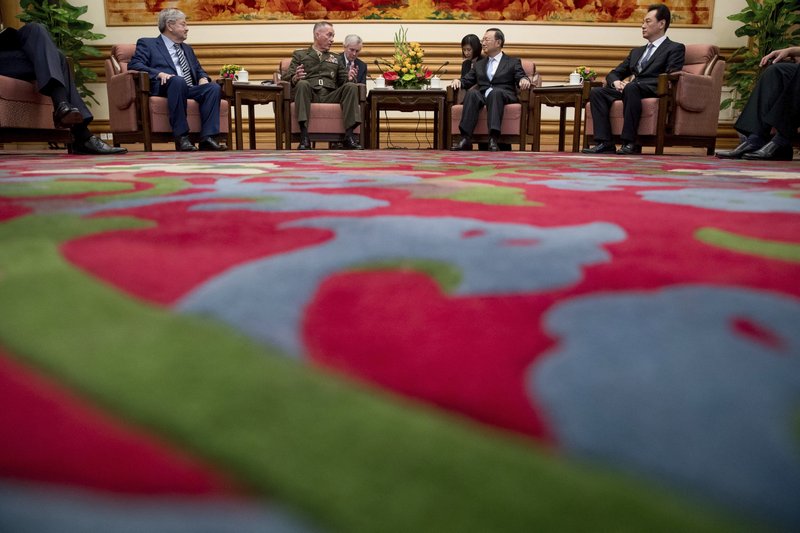 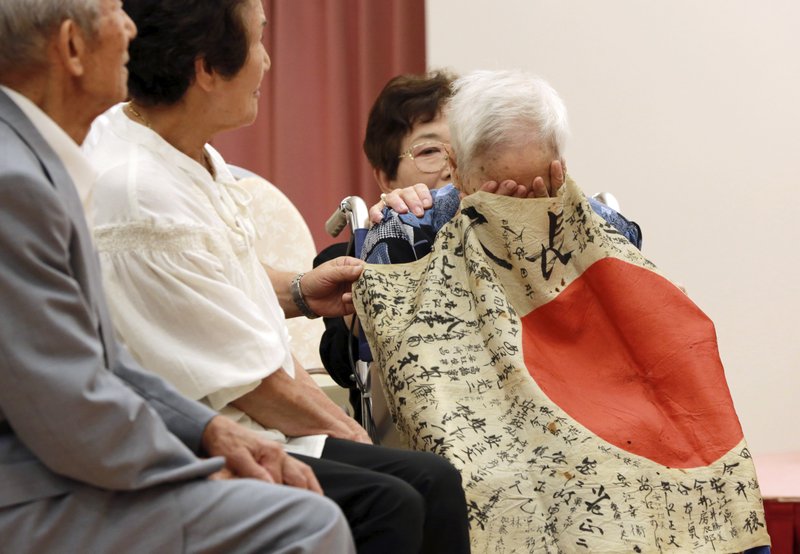 In this Tuesday, Aug. 15, 2017, file photo, Sayoko Furuta, right, 93, reacts as she is covered with a Japanese flag with hand written messages which was owned by her brother Sadao Yasue, who was killed in the Pacific during World War II, during a ceremony in Higashishirakawa, in central Japan’s Gifu prefecture. Former U.S. Marine Marvin Strombo handed the calligraphy-covered flag he took from the fallen Japanese soldier 73 years ago back to Sadao Yasue’s younger brother and sisters Tuesday. 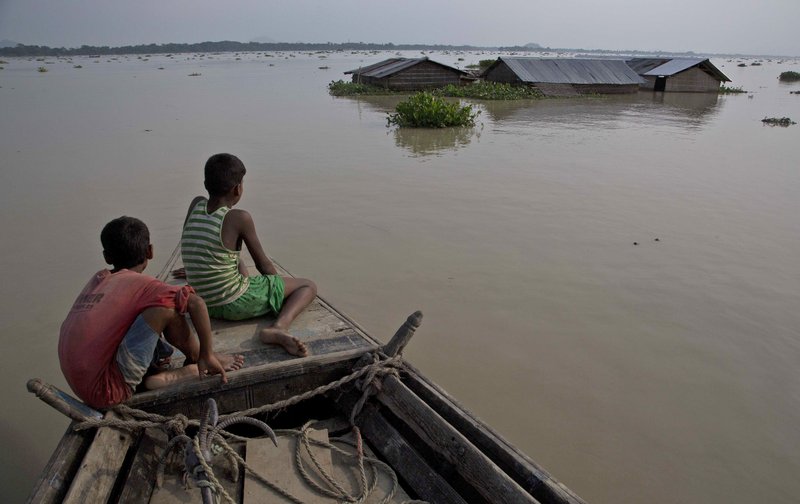 In this Aug. 15, 2017, file photo, flood affected villagers travel by boat in floodwaters in Morigaon district, east of Gauhati, northeastern state of Assam. Heavy monsoon rains have unleashed landslides and floods that killed hundreds of people in recent days and displaced millions more across northern India, southern Nepal and Bangladesh. Deadly landslides and flooding are common across South Asia during the summer monsoon season that stretches from June to September. 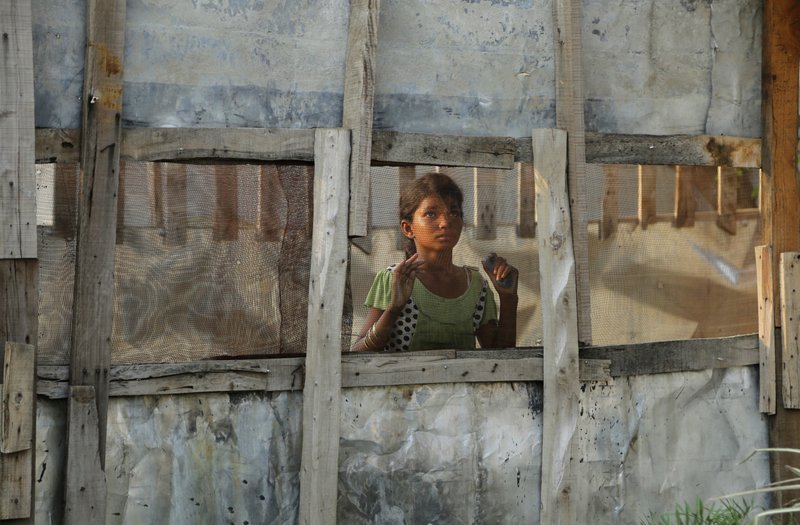 In this Wednesday, Aug. 16, 2017, file photo, a Rohingya refugee girl looks through a mesh window at a camp set up for the refugees on the outskirts of Jammu, India. A day after the U.N. chief voiced concern about Indian plans to potentially deport tens of thousands of Muslim Rohingya refugees, an Indian government official said Wednesday that authorities are only working to identify those who fled persecution in neighboring Myanmar, not expel them. An estimated 40,000 Rohingya Muslims have taken refuge in various parts of India, though fewer than 15,000 are registered with the U.N. High Commissioner for Refugees. 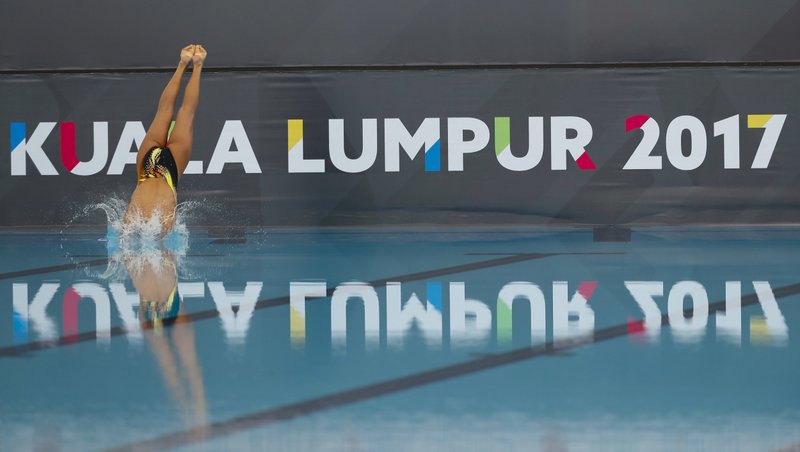 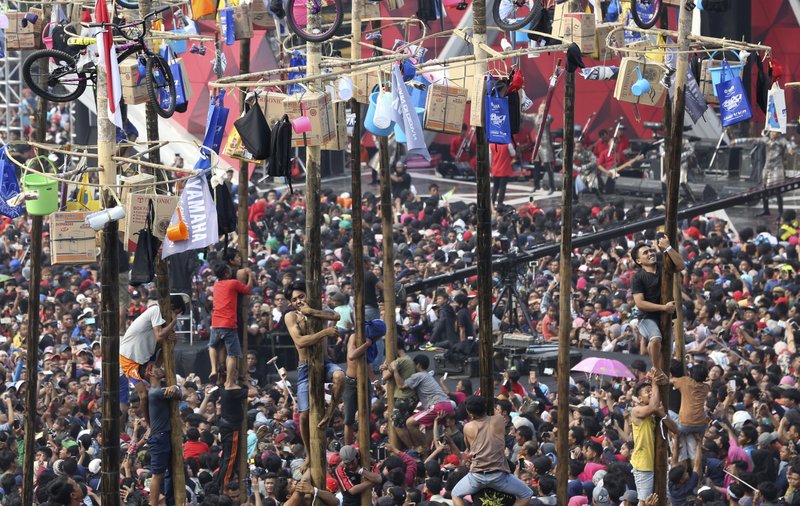 In this Thursday, Aug 17, 2017, file photo, participants struggle during a greased-pole climbing competition held as a part of independence day celebration at Ancol Beach in Jakarta, Indonesia. Contestants race up to grab items ranging from buckets to bicycles hanging from the top of the poles as prize. Indonesia is celebrating its 72nd anniversary of independence from the Netherlands. 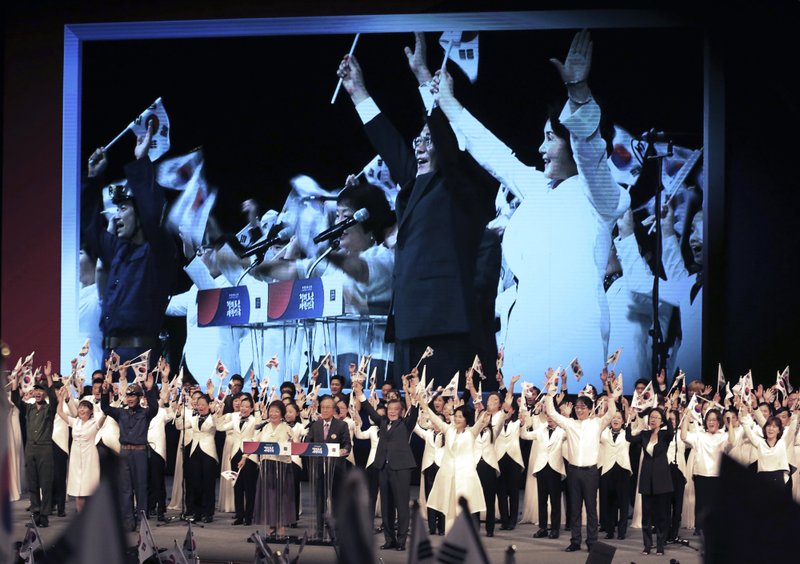 In this South Korean President Moon Jae-in, bottom center gives three cheers for his country during a ceremony to celebrate Korean Liberation Day, at Seong Cultural Center in Seoul, South Korea. Moon, in a televised speech Tuesday on the anniversary of the end of World War II and the Korean Peninsula’s liberation from Japanese colonial rule, said that Seoul and Washington agree that the crisis over the North’s nuclear program should “absolutely be solved peacefully,” and that no U.S. military action on the Korean Peninsula could be taken without Seoul’s consent. 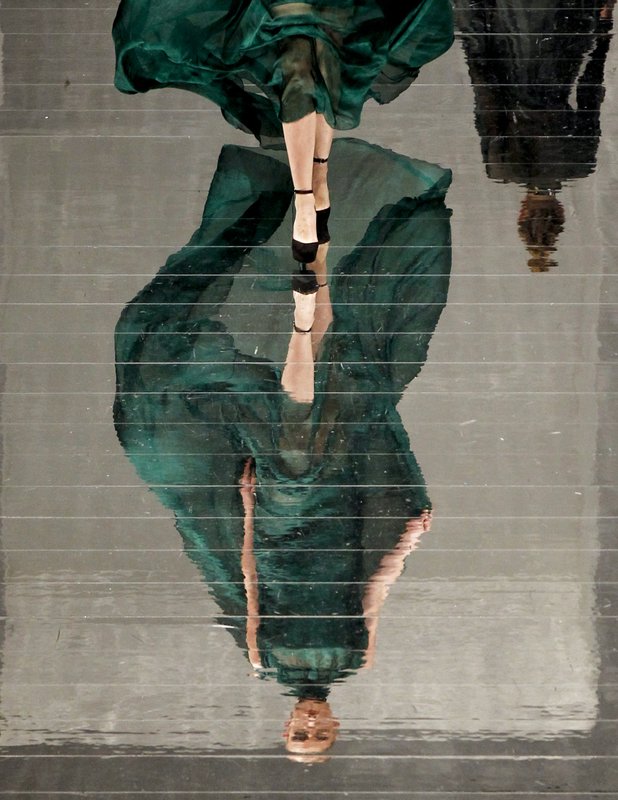 In this Friday, Aug. 18, 2017, file photo, a model wears a creation from Fiziwoo which reflects on a floor as she walks the runway during the Fashion Week Festival in Kuala Lumpur, Malaysia. 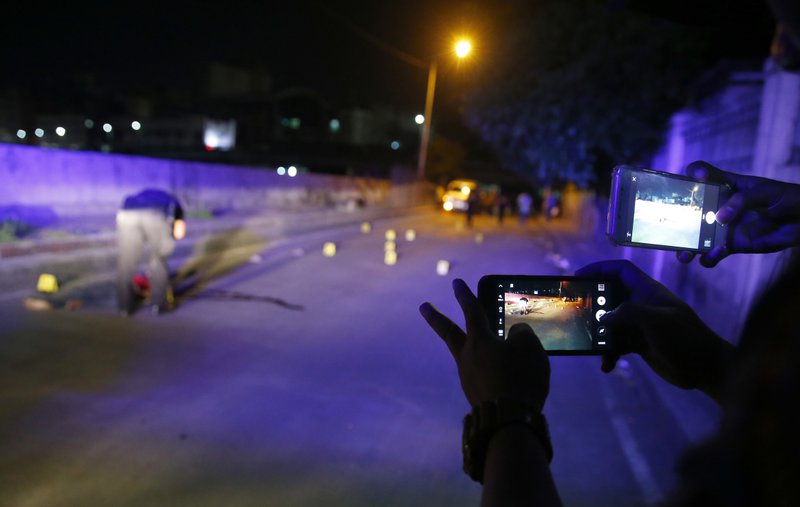 In this Thursday, Aug. 17, 2017, file photo, a reporter and a police officer take photos as investigators examine the body of a crime suspect after he was killed in a shootout with police in Manila, Philippines. Philippine police killed drug and crime suspects in overnight gunbattles in the capital. President Rodrigo Duterte expressed his satisfaction with the new spike in drug killings and reassured law enforcers they will not rot in jail if they get entangled in lawsuits. 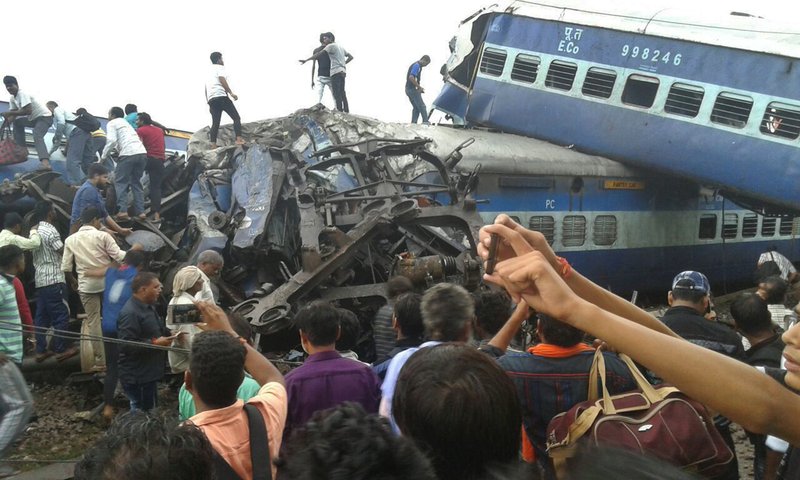 In this Saturday, Aug. 19, 2017, file photo, railway police and local volunteers look for survivors in the upturned coaches of the Kalinga-Utkal Express after an accident near Khatauli, in the northern Indian state of Uttar Pradesh. Six coaches of a passenger train derailed in northern India on Saturday.
Tags: Asia, Photo, Photos
Newer Post Older Post Home