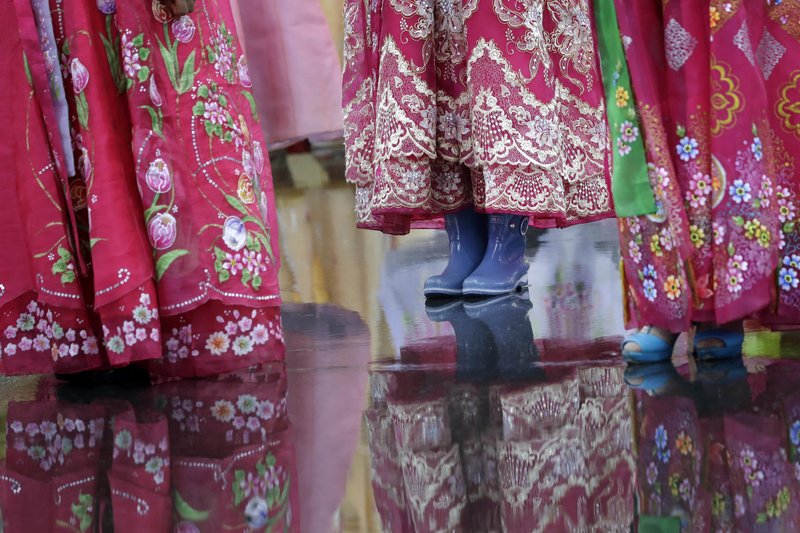 In this Thursday, July 27, 2017, file photo, a university student wears a pair of rain boots with her traditional Korean dress as she waits in the rain for the start of a mass dance, in Pyongyang, North Korea as part of celebrations for the 64th anniversary of the armistice that ended the Korean War. 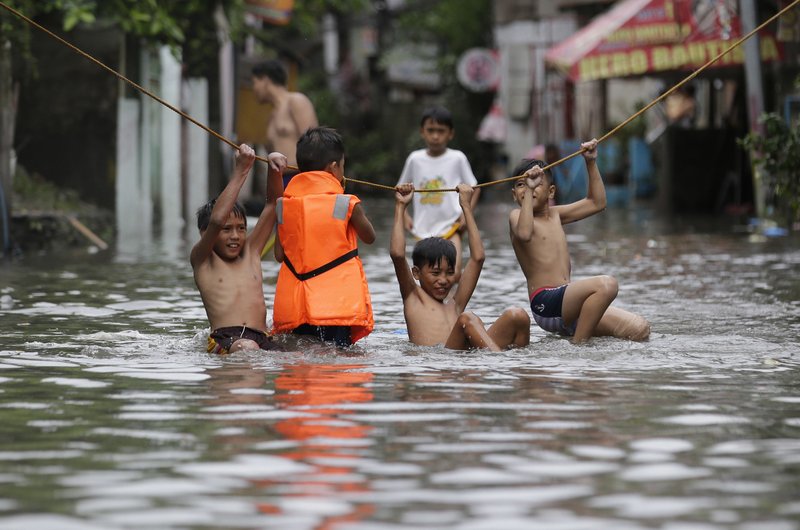 In this Thursday, July 27, 2017, file photo, boys play outside their flooded homes after heavy rains from tropical storm "Nesat" flooded parts of metropolitan Manila, Philippines. Strong rains caused floods in low-lying areas and classes were suspended in most schools in the capital. 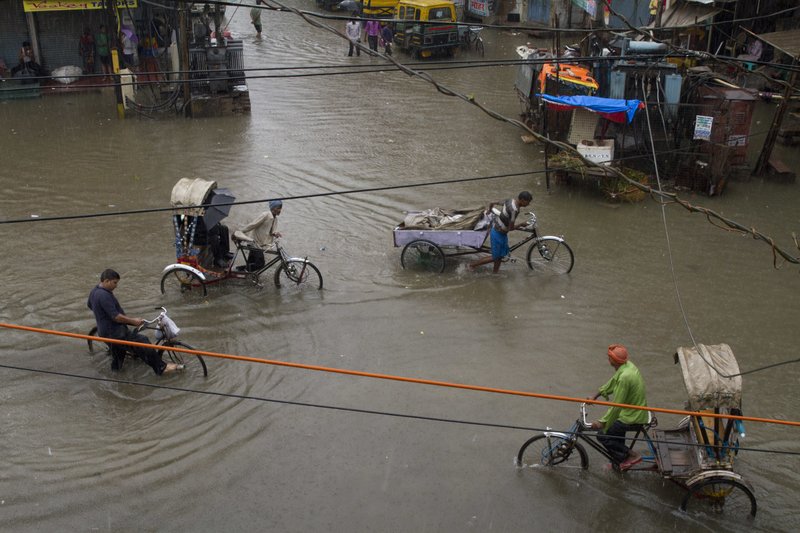 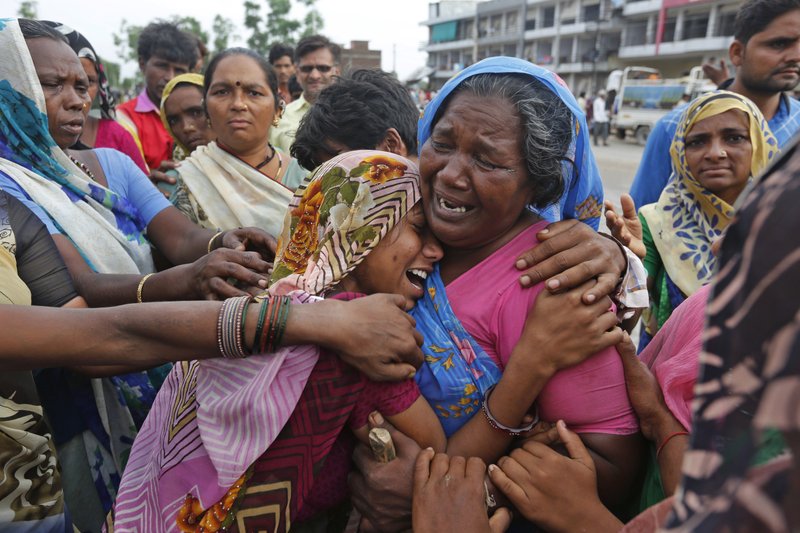 In this Wednesday, July 26, 2017, file photo, Indian flood victim are overcome with emotion after they met at a camp for the displaced in Thara in Banaskantha district, Gujarat, India. Dozens have died in the state of Gujarat amid torrential rains. The monsoon season runs from June through September. 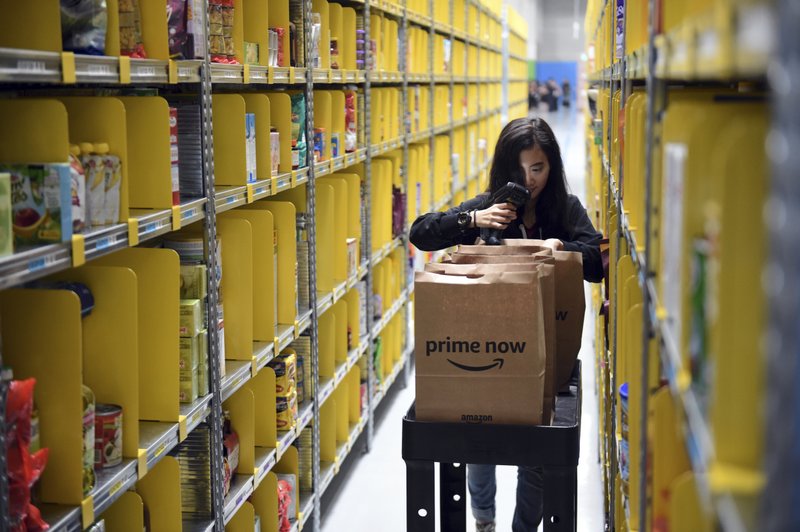 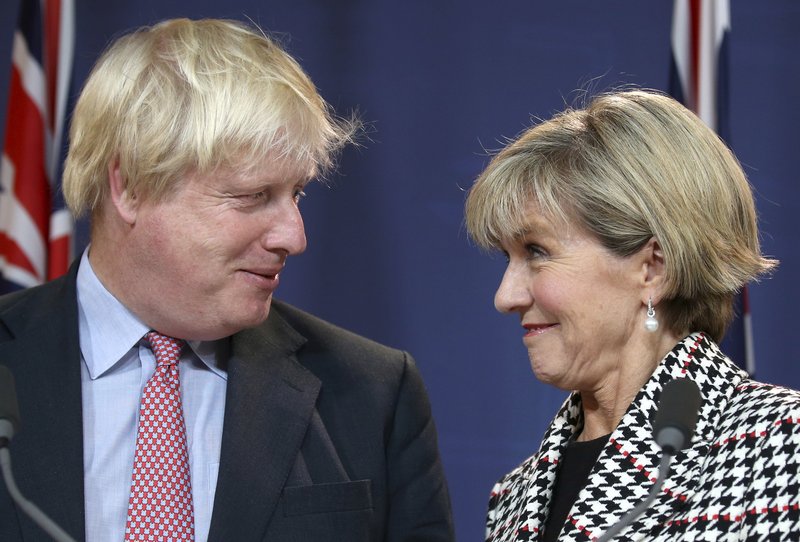 In this Thursday, July 27, 2017, file photo, British Foreign Secretary Boris Johnson, left, and Australian Foreign Minister Julie Bishop look at each other during a press conference following their meeting in Sydney. Johnson said that he supports a proposed free trade agreement between the United Kingdom and Australia, as his country looks to strengthen its relationships with allies ahead of Britain's departure from the European Union. 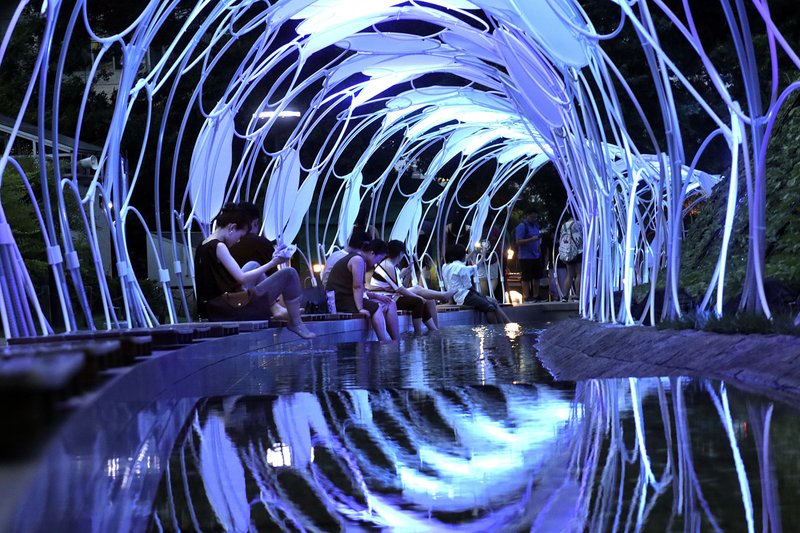 In this Tuesday, July 25, 2017, file photo, people take a foot bath at a park in Tokyo's Roppongi district, Japan. 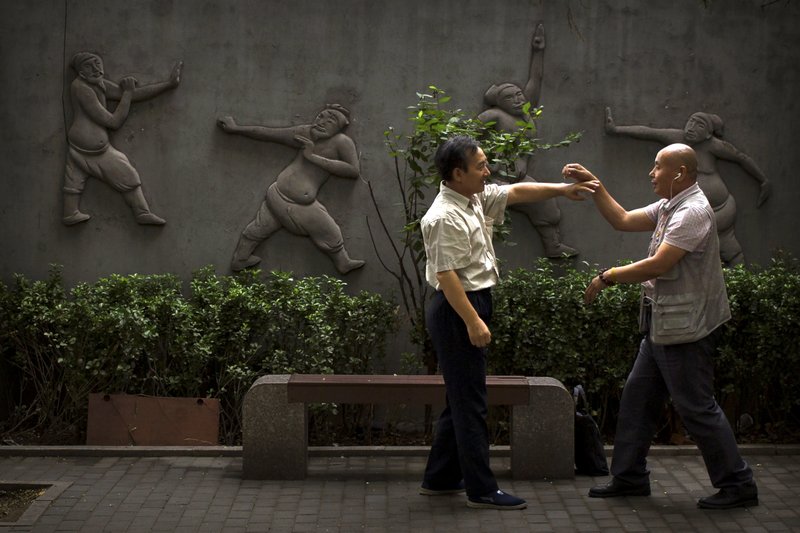 In this Wednesday, July 26, 2017, file photo, two men practice martial arts techniques at a public park in Beijing. Beijing is dotted with urban parks that offer a quieter, greener respite from the crowded streets of China's capital. 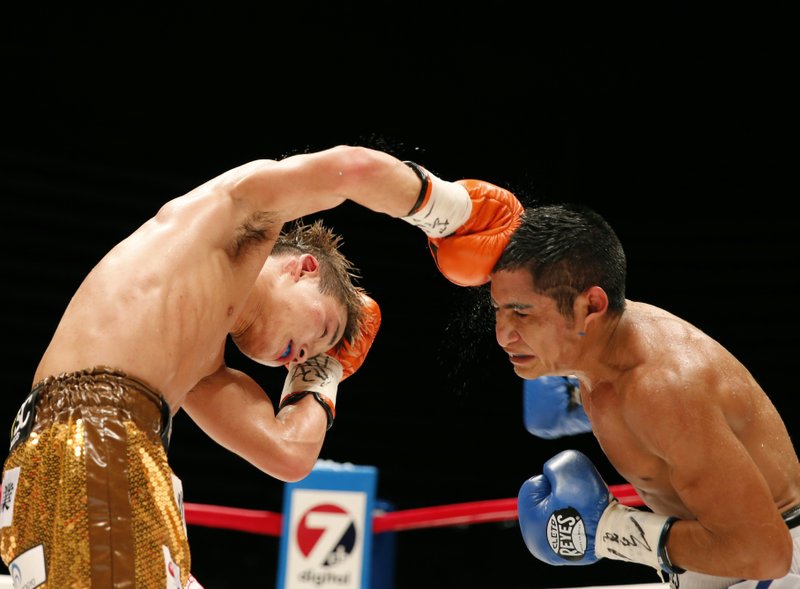 In this Sunday, July 23, 2017, file photo, Japan's Hiroto Kyoguchi, left, sends a right to Mexico's Jose Argued in the seventh round of their IBF world minimumweight boxing tittle match in Tokyo. Kyoguchi beat Argued by a unanimous decision to become champion. 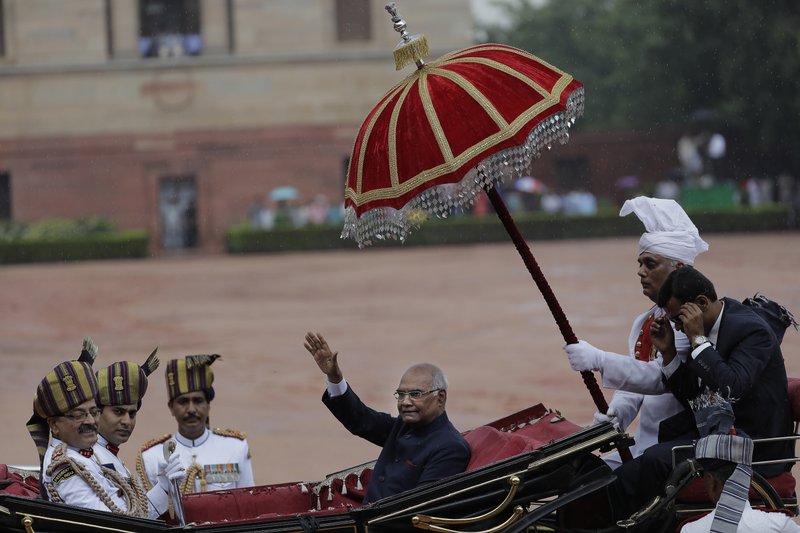 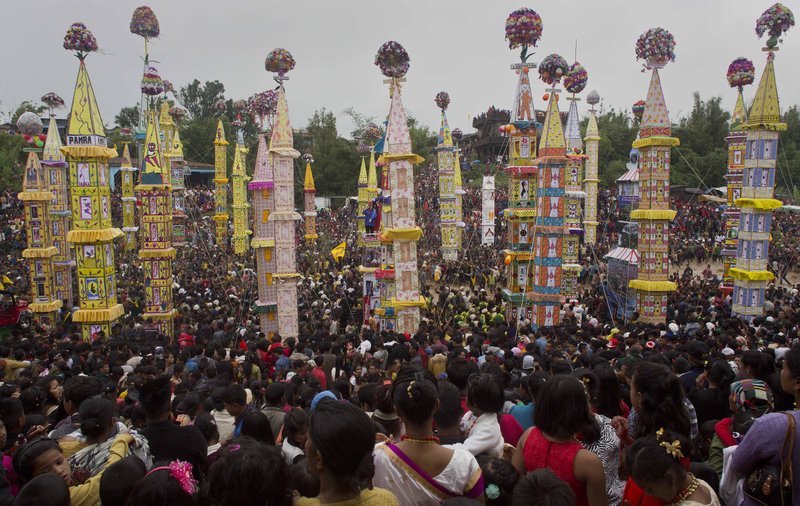 In this Monday, July 24, 2017, file photo, Indian Pnar or Jaintia tribesmen carry 'Rongs' or chariots and dance in muddy waters as others watch during Behdienkhlam festival celebrations in Tuber village, in the northeastern state of Meghalaya, India. Behdienkhlam is a traditional festival of the Pnars celebrated after sowing is done seeking a good harvest and to drive away plague and diseases. Young men symbolically drive away evil spirits by beating the roof of every house with bamboo poles. 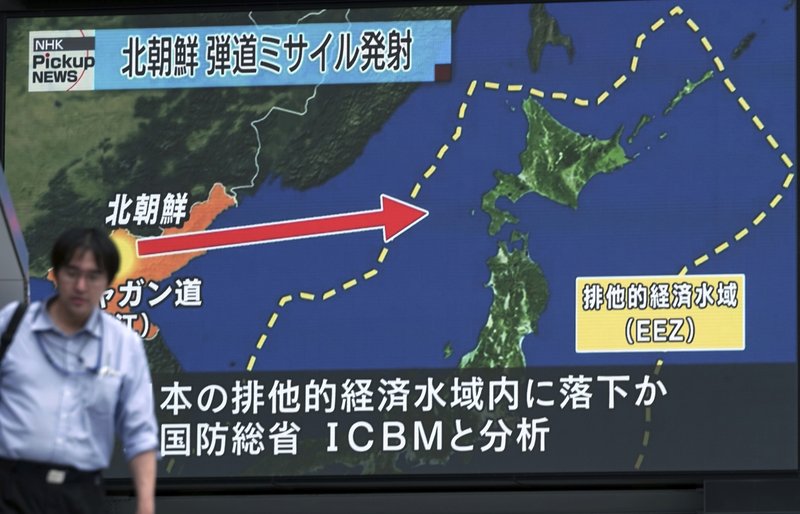 In this Saturday, July 29, 2017, file photo, a man walks in front of a public TV screen broadcasting news of North Korea's test-firing of its second intercontinental ballistic missile, in Tokyo. North Korea on Friday test-fired its second intercontinental ballistic missile, which flew longer and higher than the first according to its wary neighbors, leading analysts to conclude that a wide swath of the U.S., including Los Angeles and Chicago, is now within range of Pyongyang's weapons. The ticker above reads: "North Korea fired ICBM missile." 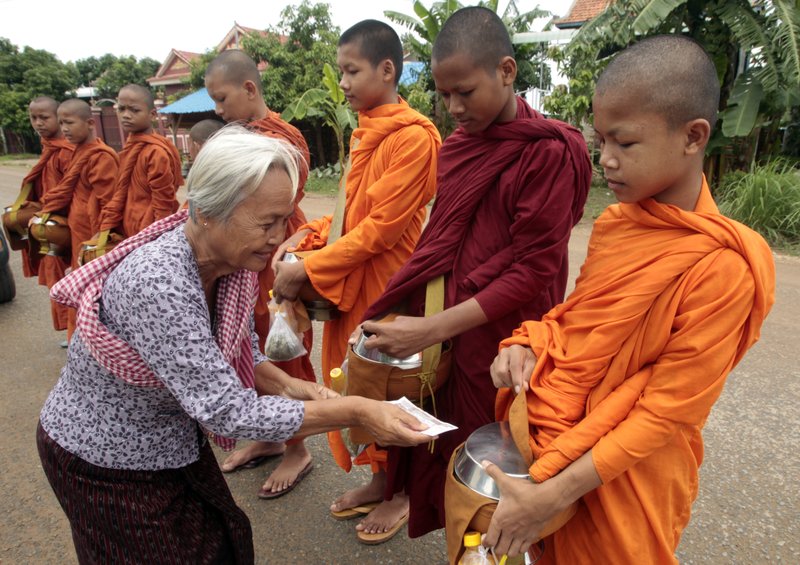 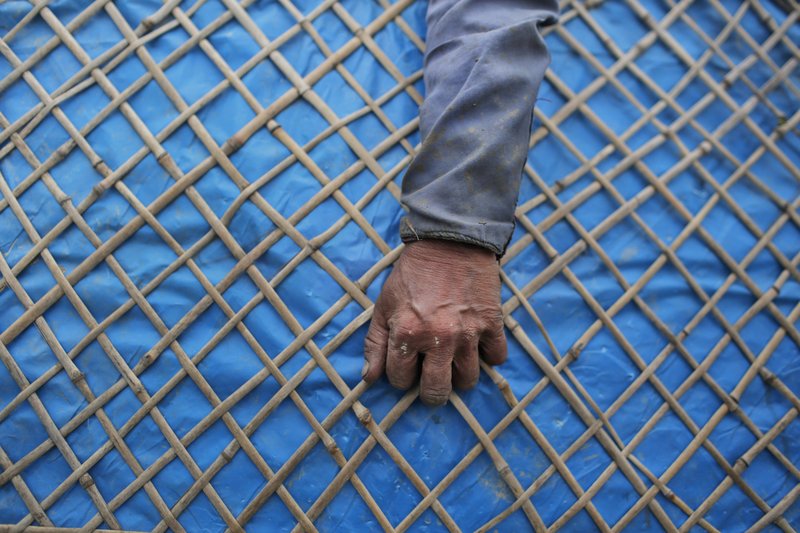 In this Wednesday, July 26, 2017, file photo, in a Nepalese farmer holds a Ghum, a traditional rain shield while she walks to work in a paddy field in Khokana, Lalitpur, Nepal. Agriculture is the main source of income and employment for most people in Nepal, and rice is one of the main crops. 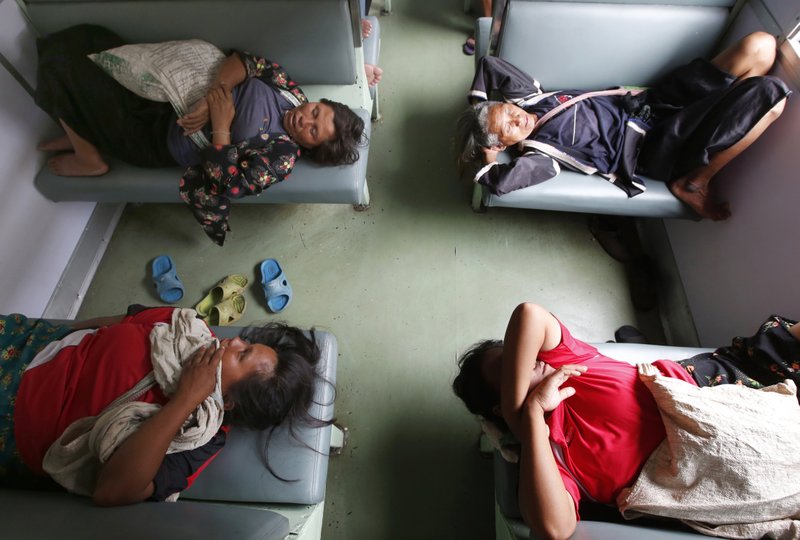