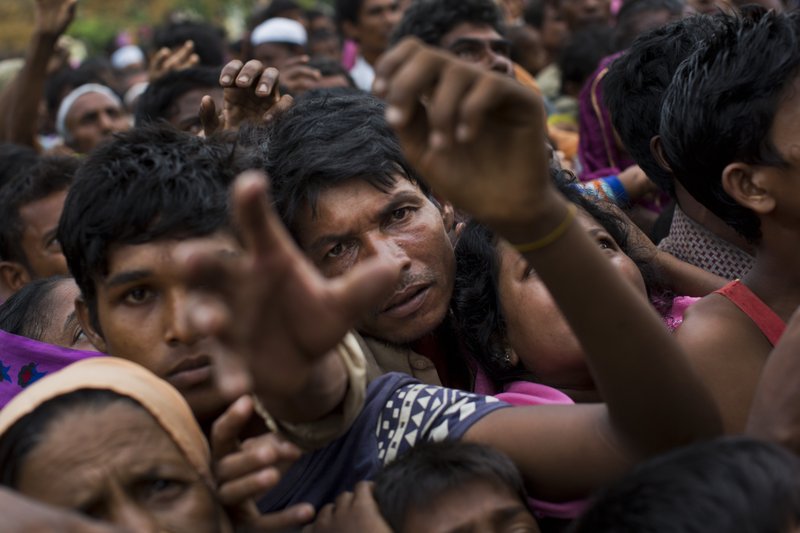 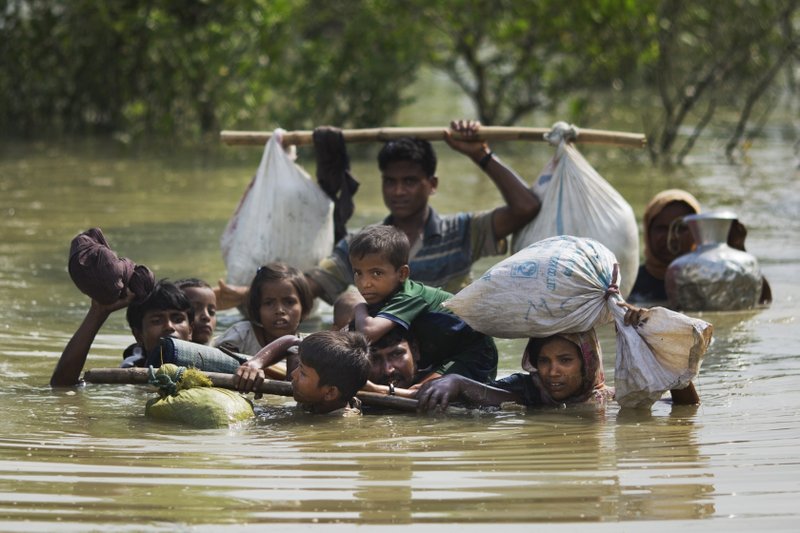 In this Tuesday, Sept. 5, 2017, file photo, a Rohingya family reaches the Bangladesh border after crossing a creek of the Naf river on the border with Myanmmar, in Cox’s Bazar’s Teknaf area. 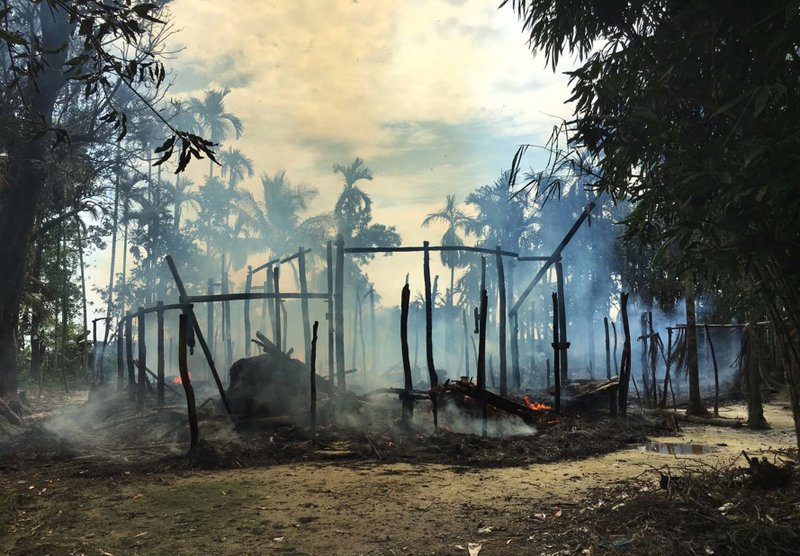 In this Thursday, Sept. 7, 2017, file photo, smoke rises from a burned house in Gawdu Zara village, northern Rakhine state, Myanmar. Journalists saw new fires burning Thursday in the Myanmar village that had been abandoned by Rohingya Muslims, and where pages from Islamic texts were seen ripped and left on the ground. 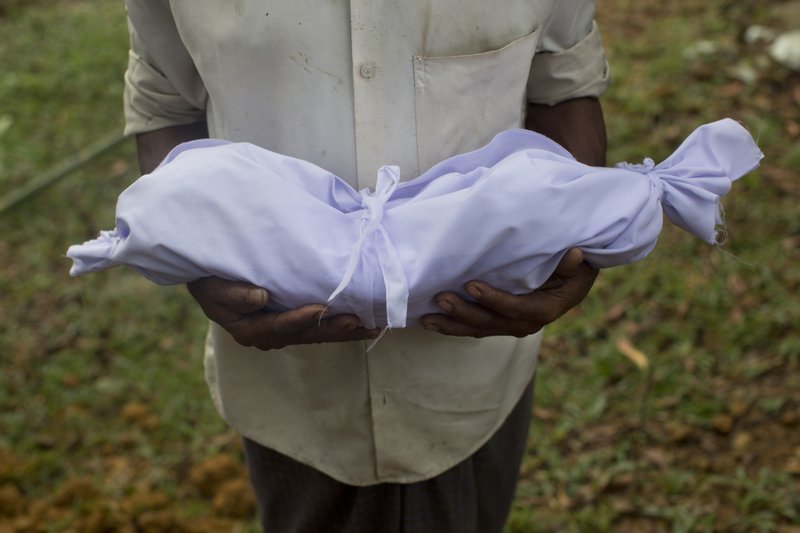 In this Friday, Sept. 8, 2017, file photo, a Rohingya man holds the body of a two-day-old baby before his burial at Kutupalong’s refugee camp cemetery, Bangladesh. This massive refugee camp was set up in the early 90s to accommodate the first waves of Rohingya Muslim refugees who started escaping convulsions of violence and persecution in Myanmar. The current influx is pushing existing Rohingya refugee camps like this one to the brink. Nowhere is this more apparent than the cemetery that has sprouted on one edge of the camp. On Friday, two infants were interred there. A six- day old baby, who was born on the road as his family escaped, was buried next to the two-day-old child born to a woman from the old camp. 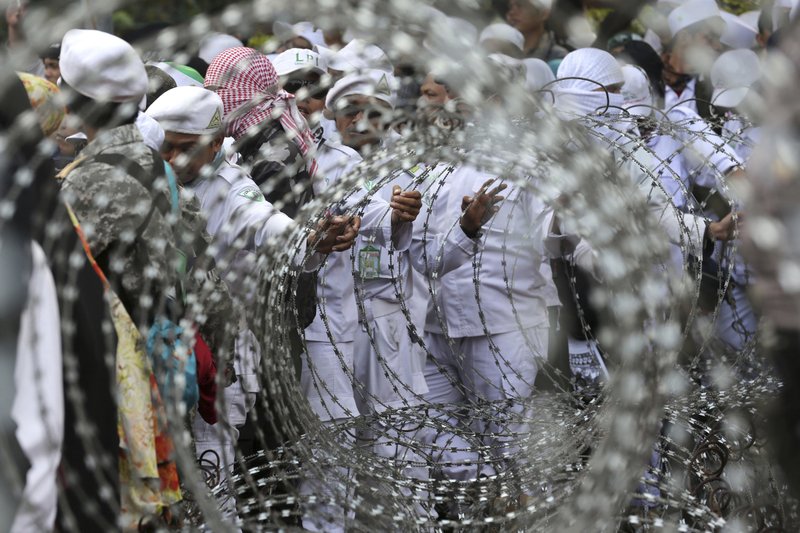 In this Wednesday, Sept. 6, 2017, file photo, Muslim protesters are seen through razor wire barricades during a rally against the persecution of Rohingya Muslims outside the Myanmar’s Embassy in Jakarta, Indonesia. Several thousand people marched in Indonesia’s capital on Wednesday, calling on the government of the world’s most populous Muslim nation to put more pressure on Myanmar to halt the persecution of its Rohingya Muslim minority. 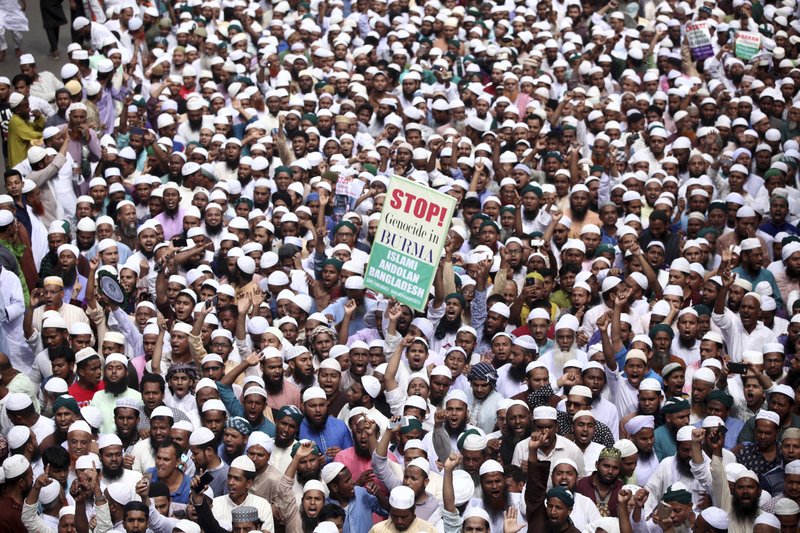 In this Friday, Sept. 8, 2017, file photo, Bangladeshi activists along with members of several Islamic groups participate in a protest against the persecution of Rohingya Muslims in Myanmar, after Friday prayers in Dhaka, Bangladesh. The U.N. said Friday that an “alarming number” of 270,000 Rohingya Muslims have fled violence in Myanmar by crossing into Bangladesh in the last two weeks. 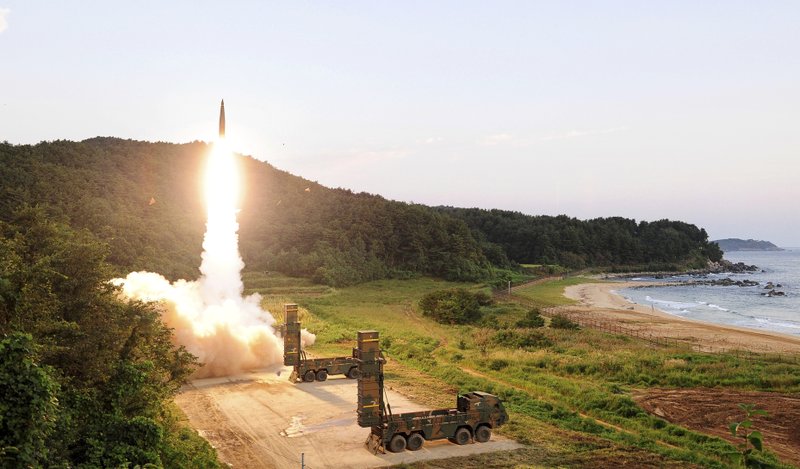 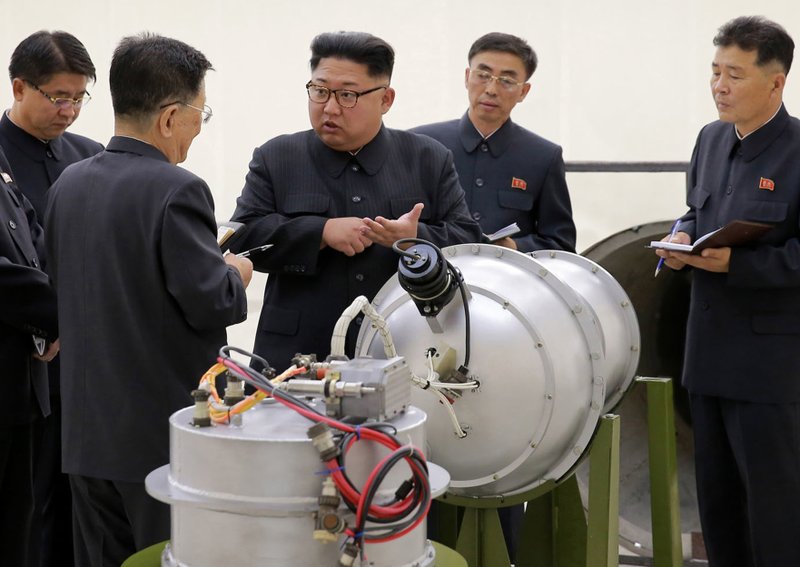 This undated file image distributed on Sunday, Sept. 3, 2017, by the North Korean government, shows North Korean leader Kim Jong Un at an undisclosed location. North Korea’s latest nuclear test was part theater, part propaganda and maybe even part fake. But experts say it was also a major display of something very real: Pyongyang’s mastery of much of the know-how it needs to reach its decades-old goal of becoming a full-fledged nuclear state. The jury is still out on whether North Korea tested, as it claims, a hydrogen bomb ready to be mounted on an ICBM. 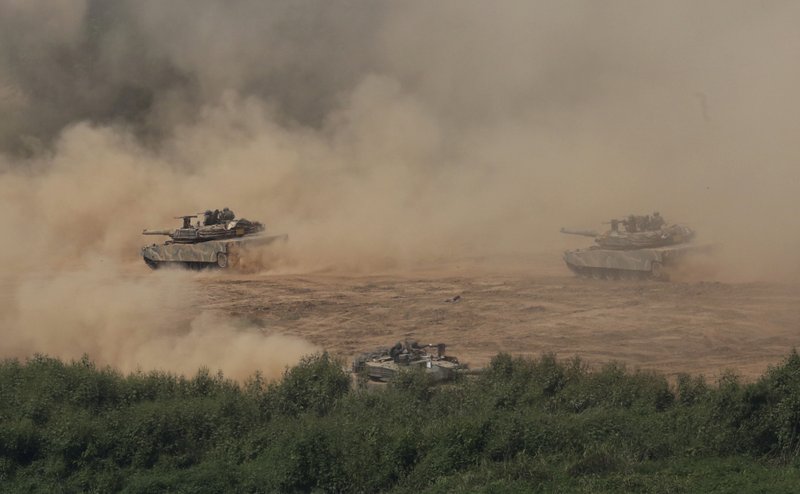 In this Monday, Sept. 4, 2017, file photo, South Korean army’s K-1 tanks move during a military exercise in Paju, South Korea, near the border with North Korea. Following U.S. warnings to North Korea of a “massive military response,” South Korea’s military on Monday fired missiles into the sea to simulate an attack on the North’s main nuclear test site a day after Pyongyang detonated its largest ever nuclear test explosion. 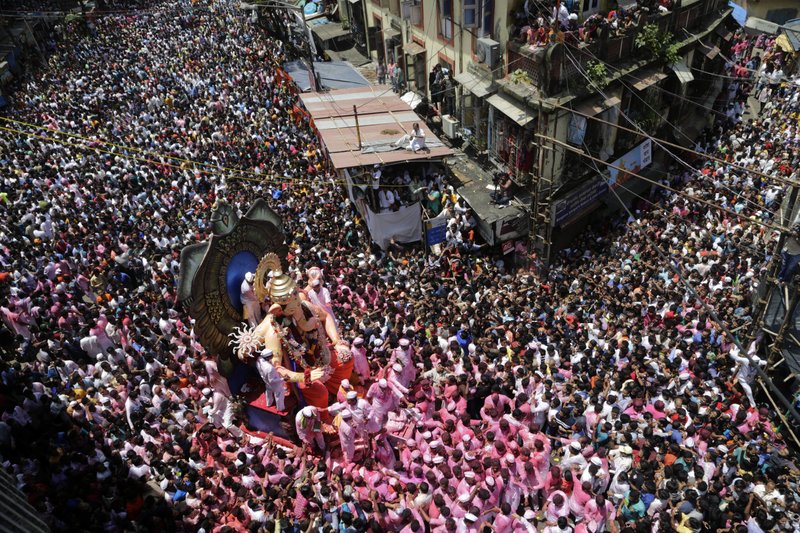 In this Tuesday, Sept. 5, 2017, file photo, Hindu devotees participate in a procession towards the Arabian Sea with a giant idol of the elephant-headed god Ganesha to immerse it on the final day of the ten-day long Ganesha Chaturthi festival in Mumbai, India. 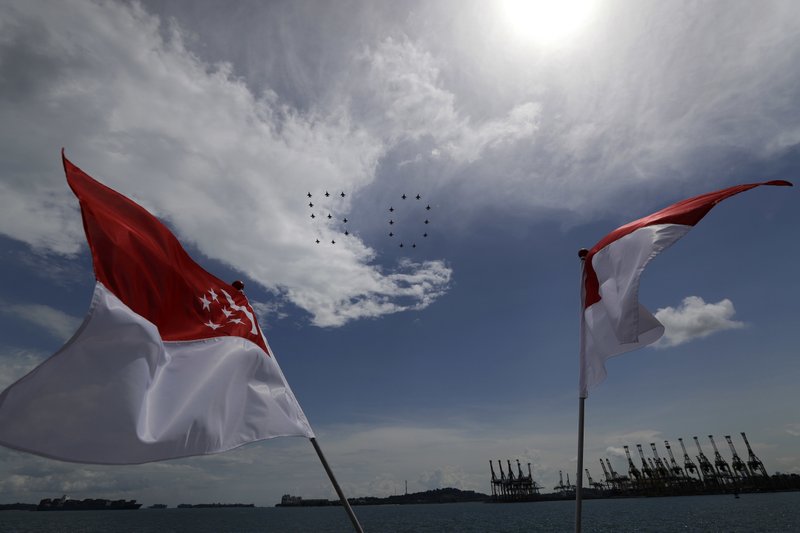 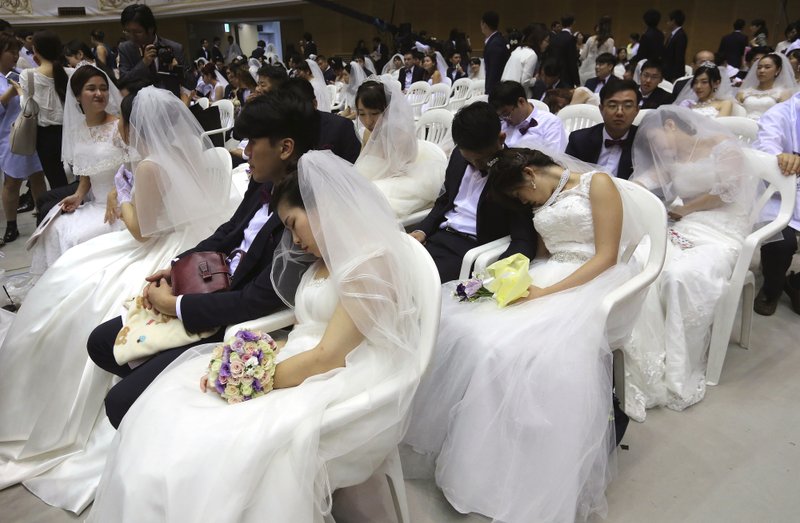 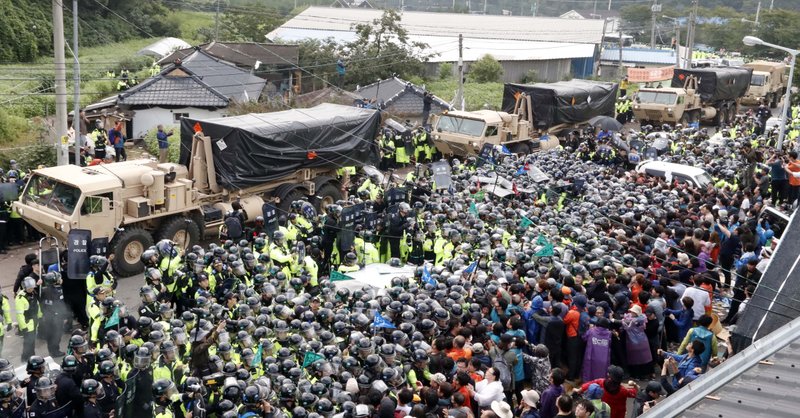 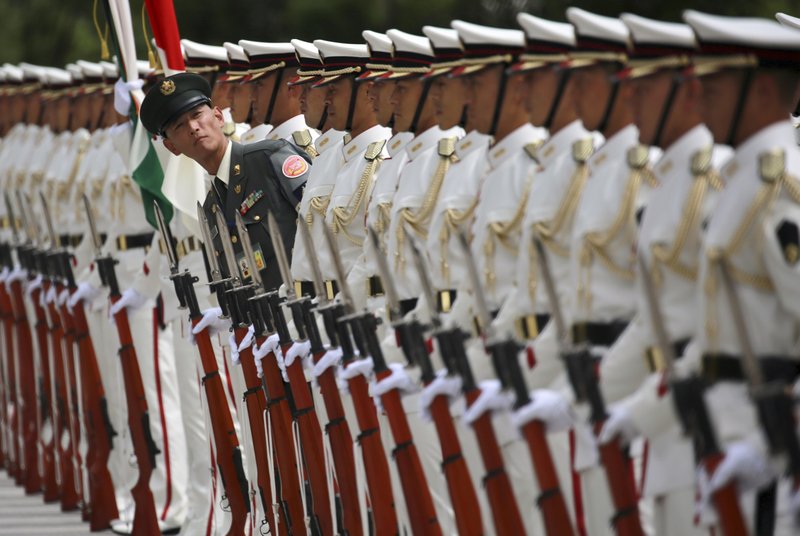 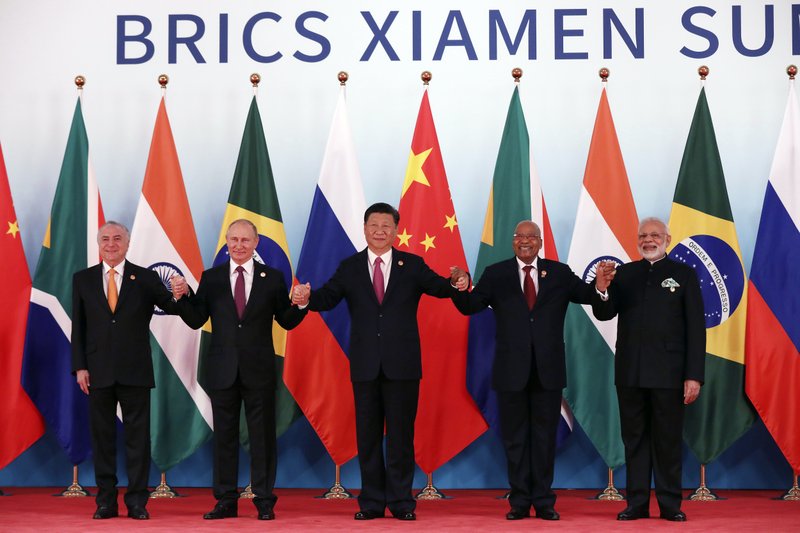