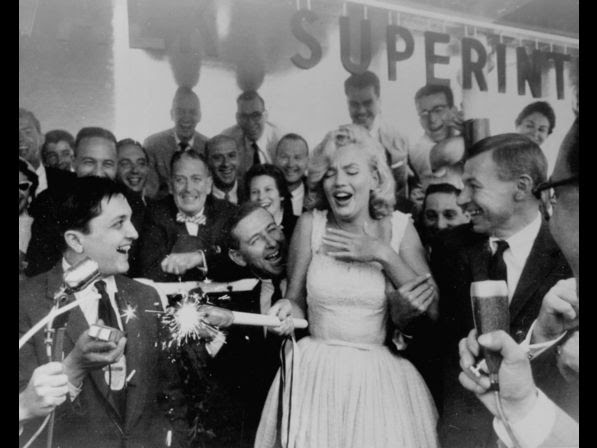 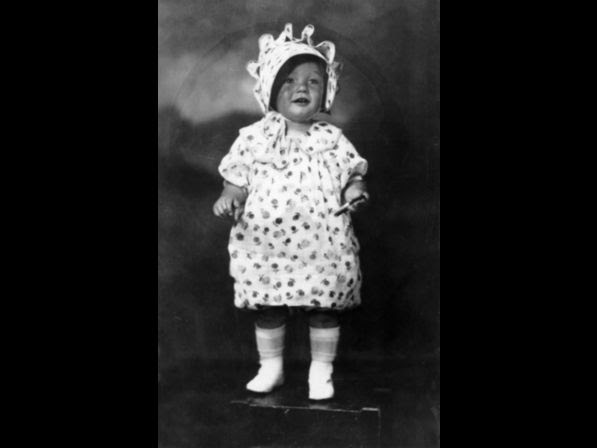 Monroe (born Norma Jean Mortenson in 1926) at the age of two, standing on a box in a floral print dress and matching bonnet. 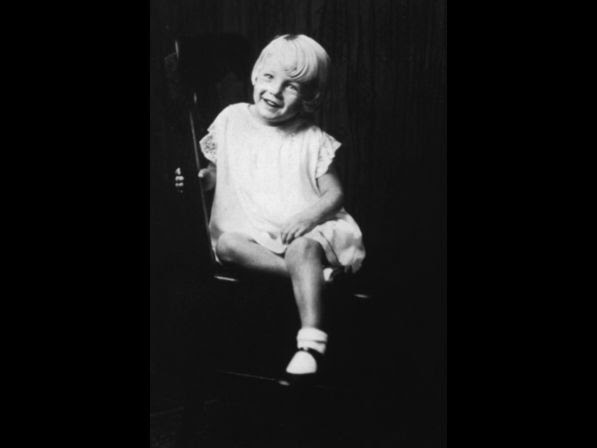 Monroe at age 5, sitting in a wooden chair. 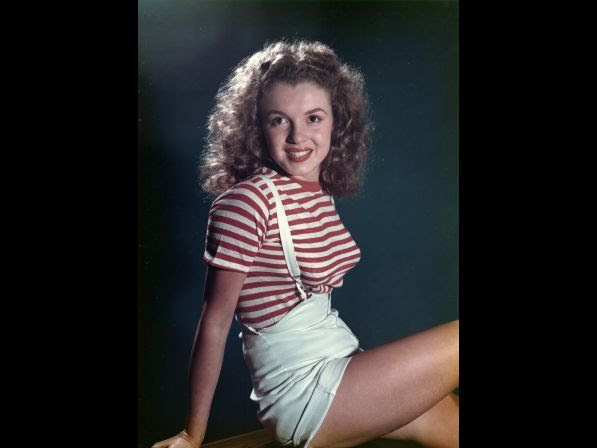 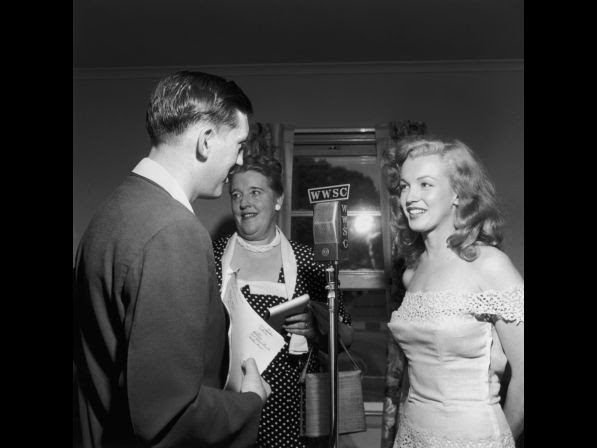 Monroe stands at a WWSC microphone in 1949 with a man and woman during a 'Photoplay Magazine' contest event, Williamsburg, New York. Monroe was in New York City to promote her new film, 'Love Happy' and traveled to Williamsburg to present the contest winner with the key to a new house. 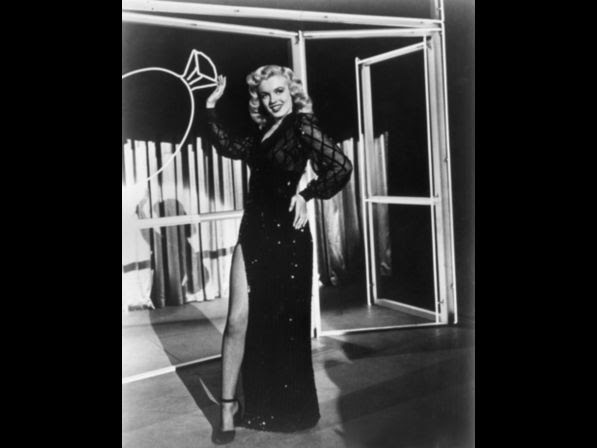 Monroe wearing an evening dress with a high slit revealing a fishnet stocking, standing in front of a neon­lit set with an image of a diamond ring in a still from director Phil Karlson's film, 'Ladies of the Chorus'. 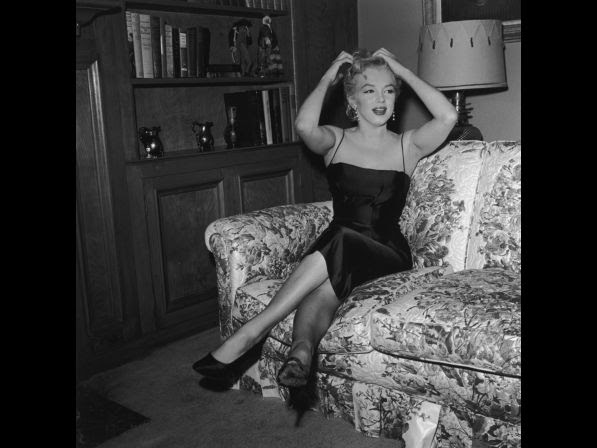 Monroe sits on a couch and adjusts her hair in front of a bookshelf. She wears a black evening dress and heels. 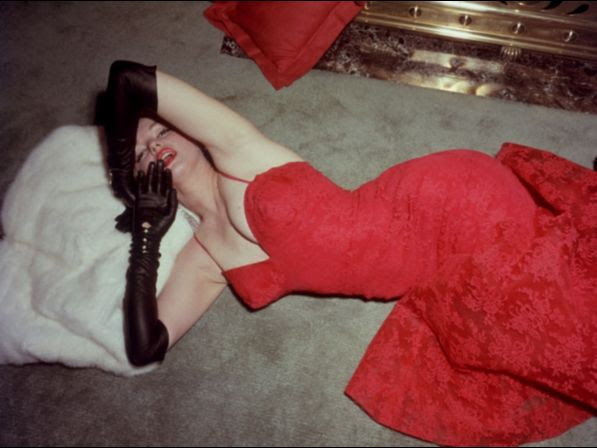 Monroe resting her head on a white fur coat while lying on a carpet in a red brocade evening gown and long black gloves. 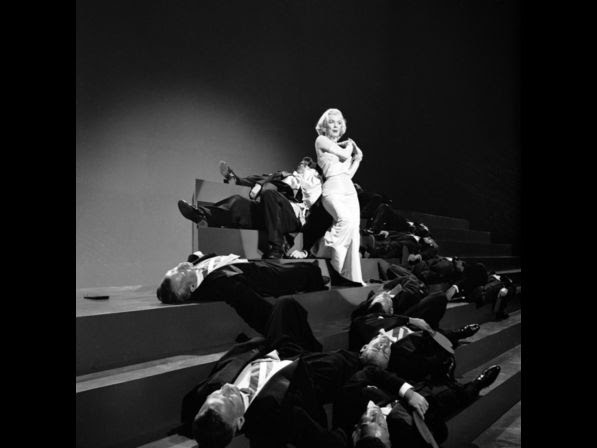 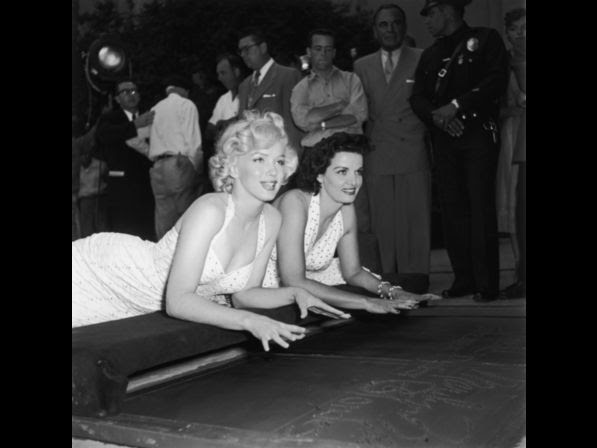 Monroe (left) and Jane Russell lay on their stomachs, about to press their hands into wet cement at Grauman's Chinese Theatre in Hollywood, California, June 26, 1953. 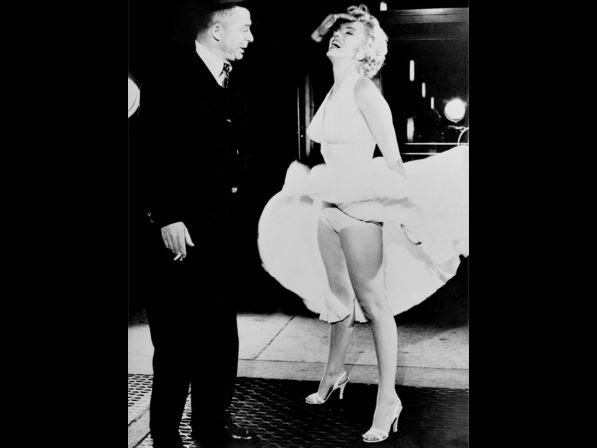 Monroe stands over an air vent, which causes her dress to fly up as director Billy Wilder fixes her hair during filming of the movie "The Seven Year Itch", which was released on June 3, 1955. 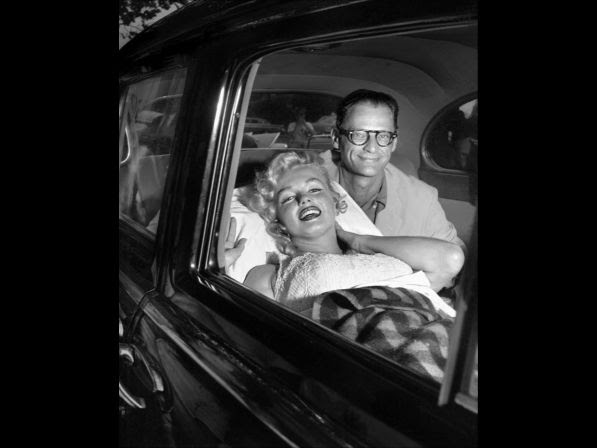 Monroe and her husband, Arthur Miller, smile as she leaves Doctors Hospital. But Marilyn was reported exhausted after losing her child. 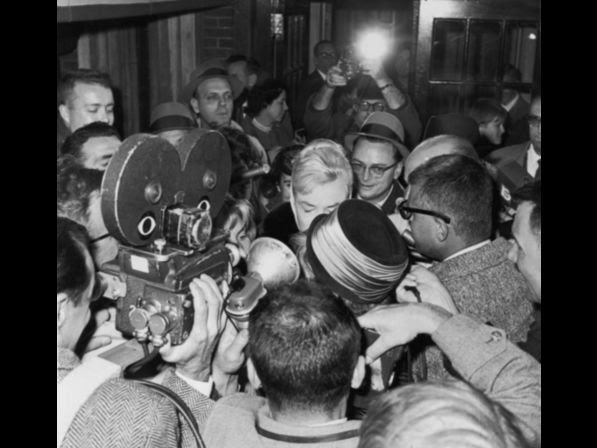 Monroe is surrounded by reporters and photographers as she leaves her apartment, shortly after announcing her divorce from Arthur Miller in 1960. Monroe poses for a portrait hanging on a stripper pole wearing lingerie surrounded by a cadre of actors ogling her in a scene from her 1960 film "Let's Make Love" in Los Angeles, California. 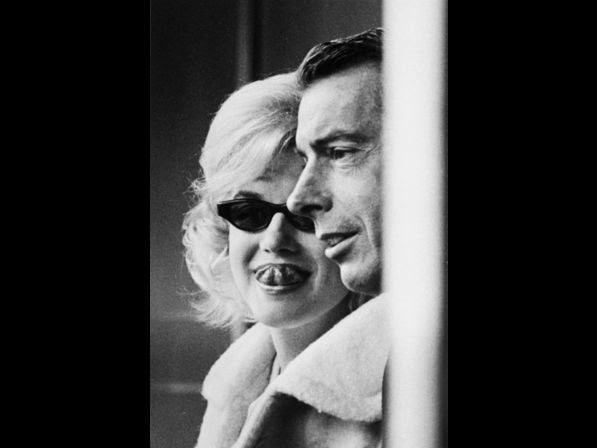 Monroe and ex­husband Joe DiMaggio attending the opening game at Yankee Stadium in 1961. 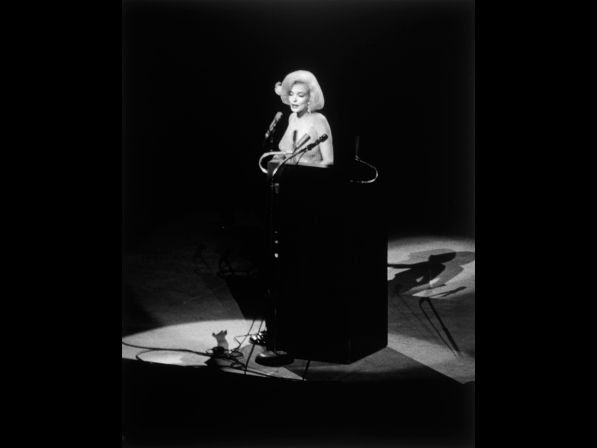 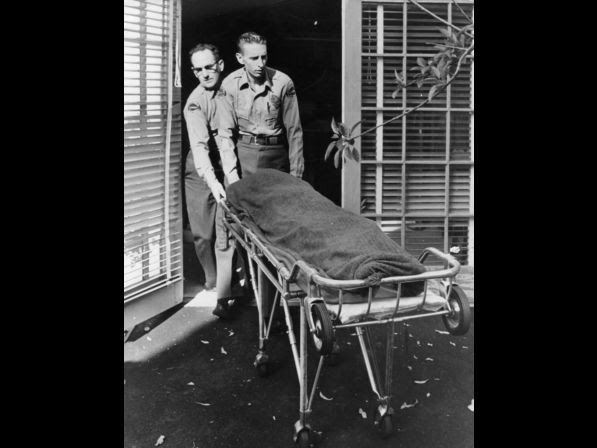 Medical attendents removing the body of Marilyn Monroe on Aug. 5, 1962. 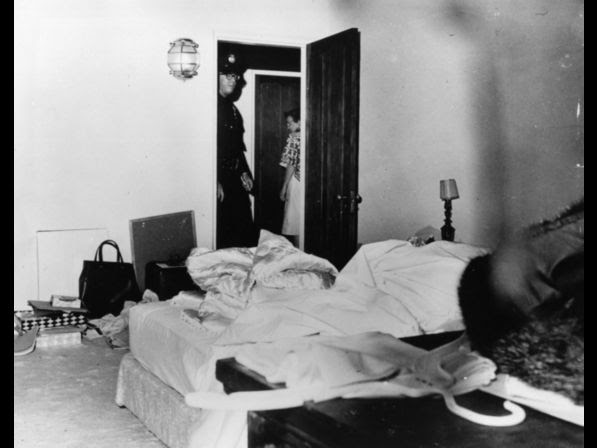 The room where Monroe died. 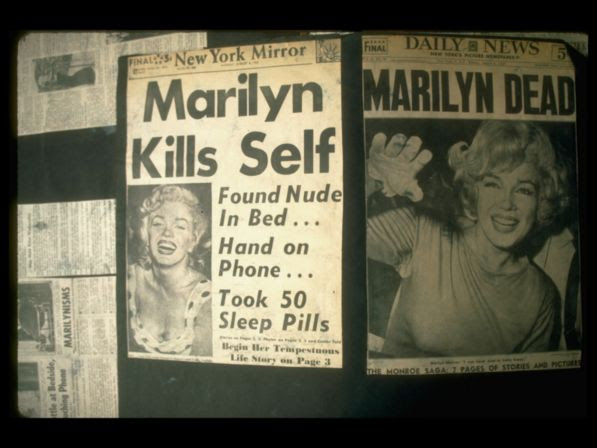